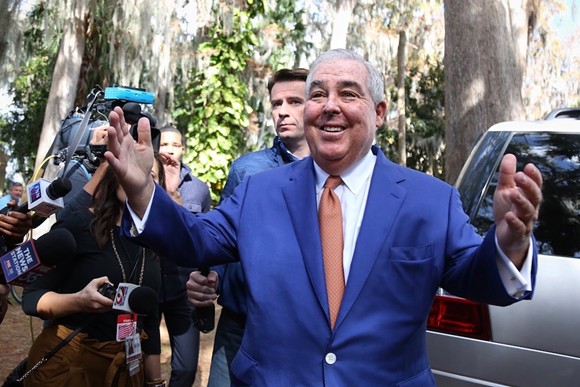 Backers of a proposed constitutional amendment that would gradually increase Florida’s minimum wage to $15 an hour have topped the required number of valid petition signatures to get on the November 2020 ballot.

Meanwhile, a proposed amendment that would overhaul the state’s primary-election system is on the verge of meeting the signature requirement. The political committee Florida For A Fair Wage, which is backing the minimum-wage drive, had submitted 766,380 valid signatures to the state as of mid-day Wednesday, topping the required 766,200 signatures, according to the state Division of Elections website.

The proposal was largely bankrolled by prominent Orlando attorney John Morgan. tweet this
If the Florida Supreme Court signs off on the proposed amendment’s wording, the measure will be eligible to go on the 2020 ballot.

Meanwhile, the political committee All Voters Vote was at 751,596 valid signatures Wednesday, 14,604 short of the requirement, for its proposal to revamp the primary system. Under the proposal, registered voters would be able to cast ballots in primaries regardless of political affiliation. The two candidates getting the most votes in each primary would advance to the general election.

Florida currently has a “closed” primary system, which limits primaries to voters registered with parties. Attorney General Ashley Moody and the state Republican and Democratic parties want the Supreme Court to block the All Voters Vote amendment, contending the proposed ballot wording wouldn’t adequately explain the ramifications of the measure. The Supreme Court has scheduled a Dec. 3 hearing.

Political committees face a February deadline for submitting enough signatures to get on the ballot.