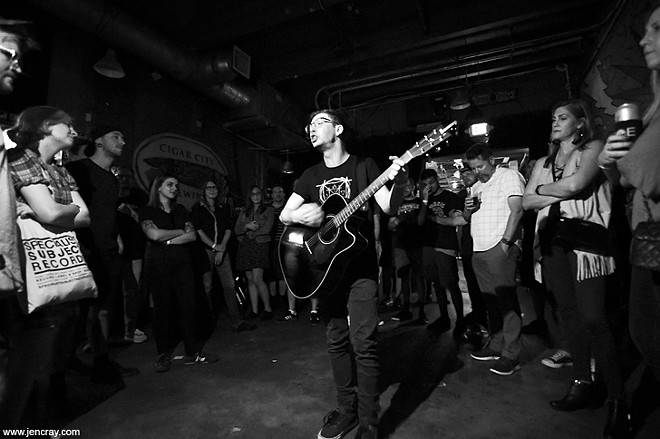 For a large swath of the punk scene, and now beyond, this time of year means the pilgrimage to Gainesville for the Fest. In Orlando, the great annual tradition that’s sprung up in the wake of that mass music migration is Foreign Dissent, the one-night, packed-tight showcase of international punk bands curated by local promoter Craig Mazer now in its sixth year. 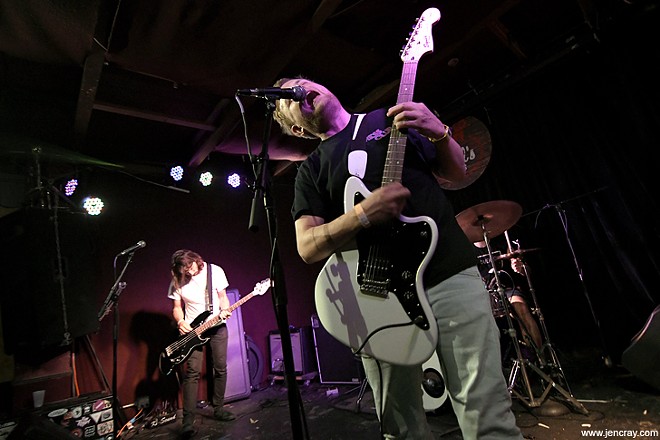 There are many reasons to love this compact event with worldwide span, but I like it most because it’s pure music discovery in concert form. Since most go into the show with little to no deep knowledge of these faraway underground bands, the audience has less built-in favoritism for any particular one and more openness to all, just a common devotion to the punk ideal. And that makes a profound difference in the show experience.

This year turned out a very Euro-heavy edition, comprising the entire eight-band bill with the exception of a lone Canadian band. But the other defining trait of this sixth chapter is how correct it came with lots of strong female representation. Of the night’s most interesting acts, the ones prominently powered by women were the distinct majority.

This year's menu included the melody punk of Denmark’s Forever Unclean, the angular emo of Italy’s Sorry We Are Silly, the street-smart anthems of Ireland’s Good Friend and the folk-punk of England’s Arms & Hearts.

Of the bands that fit the generally pop-punk leanings of both Foreign Dissent and the Fest at large, London’s Fresh were shiningly exceptional in song, spirit and perspective. To put it charitably, pop-punk is a mixed, checkered and lopsided bag. Fresh, however, are among the cream of the class. Their guileless heart is de rigueur for the genre, but their songs – some of the night’s best – are triumph in a bottle. Add in the loudly, proudly feminist vein of frontwoman Kathryn Woods and you’ve got a patriarchy-bucking punch.

Name notwithstanding, Italy’s Teenage Bubblegums deal in punk rock that does have anthemic moments but rolls far tougher and harder than your average pop-punk band. In probably the night’s most attacking set, they went full clip in a head-down, not-fucking-around drive that came fast and barely stopped for breath.

Maybe the most punk and feral band of them all were Toronto’s Bad Waitress, whose impressively nasty wildcat rock rips with as much rage as it does irreverence.

Although the least punk of the bunch, England’s Chloe Hawes was the night’s most unlikely highlight. Her songs sometimes pump with youth’s urgency but her music has a roots heart and her voice has a velvet, earthy grace that’s born for beautiful Americana. And in her first American performance ever, she proved a clear standout in not just style but distinction.

From the outset, Foreign Dissent began unique by its very concept. But through conviction and work, it’s become a distinguished gathering with a fellowship, ethos and gravity of its own. For an ever-shuffling roster that’s plucked from the obscure punk depths of all corners of the globe, that’s a tall accomplishment. America’s general standing with the world may be shit right now but, thanks to Craig Mazer, our name’s still gold in the global punk community.