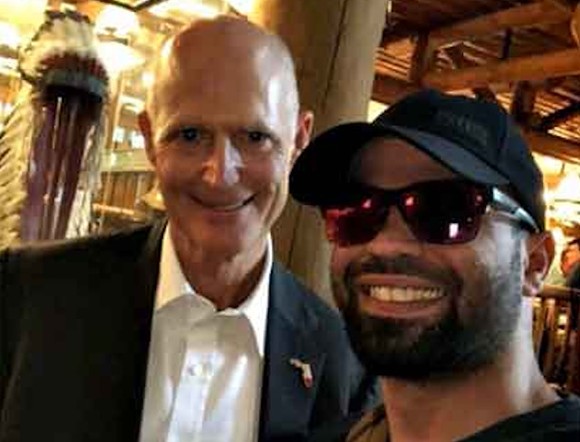 The leader of the far-right extremist group the Proud Boys is now running for Congress in South Florida.

Tarrio will likely have a tough campaign ahead of him. So far, his neo-fascist group has had a rough year to say the least, with founder Gavin McIinnes stepping down as leader last October following a video showing members waving swords and assaulting protesters in New York. Just last month, two Proud Boys members were sentenced to four years in prison for the attacks.

Following the incident, the Proud Boys and its self-described “Western Chauvinist” members were de-platformed from most major social media sites, with companies like Facebook saying the group violated their rules on hate speech.


The Proud Boys have close ties to Florida resident and former Trump advisor Roger Stone, who is still under trial for lying to Congress about his communication with Wikileaks during the 2016 presidential elections. In an article from last January, the Daily Beast called the Proud Boys “Roger Stone’s personal army” and stated that during McInnes’ tenure as president, “Stone was ‘one of the three approved media figures allowed to speak’ about the group.”

However, with Stone under a gag order and zero social media presence, it seems that members of the group have now resorted to showing up at every single Trump-related event, getting Florida Rep. Matt Gaetz to publicly defend them, selling edgelord T-shirts and now, apparently, running for political office.

Last August, far-right provocateur Laura Loomer, who has close ties with the Proud Boys and has been de-platformed for hate speech, announced her run for Florida’s 21st District.