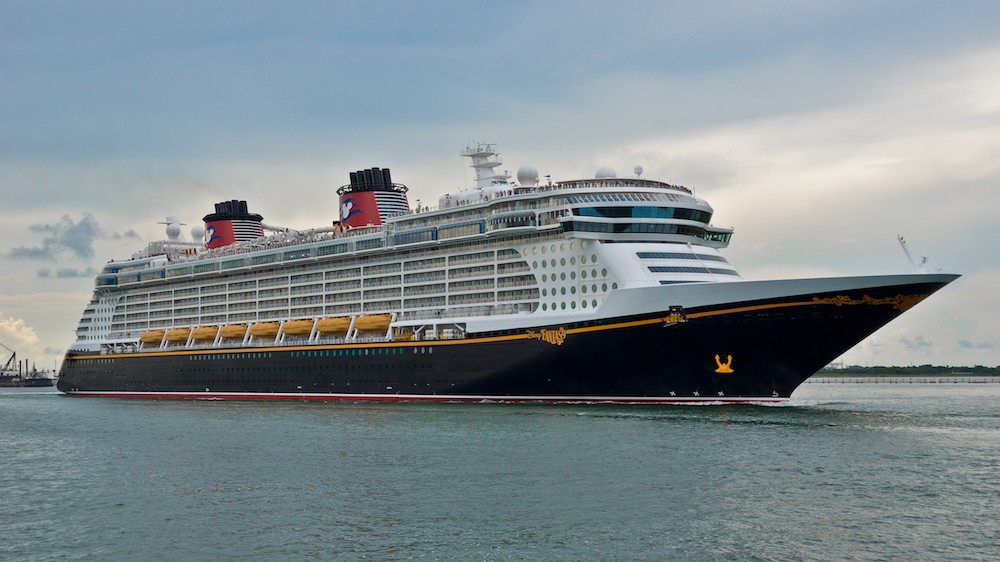 There's been plenty of negative press regarding the working conditions for cruise-line crew members. They often work 10-hours days, seven days a week, for eight to 10 months, followed by two months of unpaid time off.

Like most cruise lines, Disney crew members represent a cornucopia of ethnicities – the company states that more than 80 different nationalities are represented onboard their ships. The long contracts, typically in regions thousands of miles away from the South Asian nations many crew members come from, can be extremely taxing.

As more cruise ships on more cruise lines launch over the next few years, retaining employees has become a greater concern for cruise lines. tweet this
"We recognize how important it is for our crew members to be able to stay in touch with their families and friends, and we're proud to provide this benefit," said Jeff Vahle, president of Disney Cruise Line. "This is another way Disney continues to provide a great crew experience for our shipboard teams."

As more cruise ships on more cruise lines launch over the next few years – providing more employment options for crew members – retention has become a greater concern for cruise lines.

The new benefit also comes just a few weeks after U.S. Customs and Border Protection announced new bans on non-U.S. citizen crew members being able to disembark in New York and New Jersey-area ports of call, unless they’ve served at least five contracts. Blocking crew members from disembarking in New York comes after a similar ban was rolled out for Norwegian Cruise Line in 2018.

The New York area has become a common spot for crew members to desert their posts. U.S. CBP has admitted that they’ve seen an increase in desertions, noting that in a two-week period in September there were seven crew members deserted after being granted shore leave in New York. Desertions are just one problem cruise lines face with some overstressed crew members.

The New York area has become a common spot for crew members to desert their posts. tweet this
In September, a crew member on a Royal Caribbean ship died in what some have reported as a possible suicide. According to Jim Walker of Cruise Law News, more than a dozen Royal Caribbean crew members went missing or committed suicide in the last decade. There is no industry database that tracks suicides within the cruise industry and, despite Walker's claims, the lack of industry oversight casts a large shadow of doubt over existing statistics.

As competition among cruise lines heats up, along with increasing awareness and outrage over the sweatshop wages that some cruise lines offer, more benefits and better pay for crew members are becoming increasingly possible. But as some have pointed out, the free text messaging by Disney Cruise Line seems less like a true benefit for crew members, and more like an easy positive press story amidst a sea of stories for their competition, thanks to the delivery of multiple new ships within the past two weeks.

The service will be active on all Disney Cruise Line ships within the next few weeks. We will continue to monitor worker developments on cruise lines, including following up on the success of the text messaging service – including how well it works.