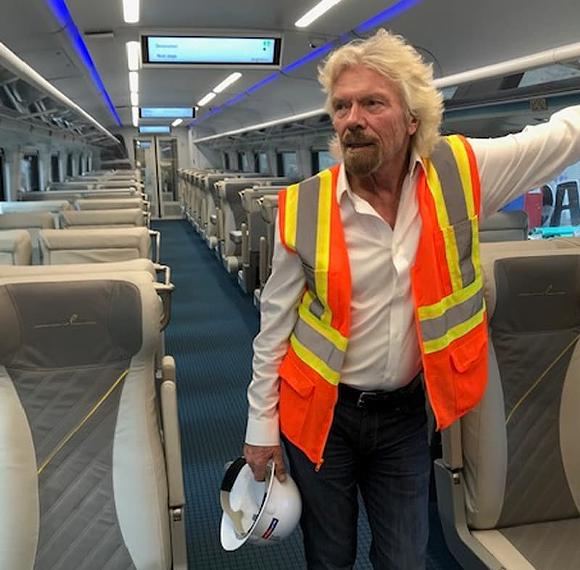 Linking the private higher-speed rail system to PortMiami, the busiest cruise port in the world, should make the train a more appealing option for many cruise passengers. The new PortMiami station should open just in time for Virgin’s new cruise line, Virgin Voyages, which will launch next year.

New stations in Aventura and Boca Raton are also slated to open in the coming years, but the most significant addition will come in 2022, when the Orlando link opens with a station in the bottom floor of the brand-new, multi-billion-dollar Terminal C at Orlando International Airport.

The 170-mile Orlando addition will connect to the existing system, which currently stretches between Miami and West Palm Beach. Virgin Trains USA claims that it will be the “only intercity rail system in the U.S. to connect an international airport directly to a major cruise port.” They pointed to the ease with which Central Florida visitors will be able to access PortMiami.

Governor Rick Scott blocked the high-speed train that would’ve provided a safe, mass transit option along one of the deadliest interstates in the nation. tweet this
“This is a first-of-its-kind train to port station that will connect the cruise capital of the world with a car-free option for millions of cruisers looking to start their vacation a little earlier,” said Patrick Goddard, president of Virgin Trains. “This is a tremendous partnership and infrastructure investment between PortMiami, Miami Dade County and Brightline that will increase mobility, take cars off the road and provide our state’s visitors an easier way to get around.”

Government officials in South Florida were also not hesitant in discussing their focus on attracting Central Florida visitors. Miami-Dade County Mayor Carlos A. Gimenez explained, “This private-public partnership [between Virgin Trains USA and PortMiami] is a great opportunity to expand PortMiami’s connectivity to visitors traveling from central Florida and for Miami-Dade County residents to get to the Orlando area in a quick, enjoyable way.”

The PortMiami station should cause some concern for Port Canaveral, which is in constant competition for passengers with Florida’s other cruise ports. Brevard County, where Port Canaveral is located, has been more hesitant than other counties in embracing Virgin Trains USA. That hesitation and lack of planning for a station now means that no station will be developed in the county for at least five years after the new Orlando link opens. According to Virgin Trains USA officials, it will be at least 2027 before a Brevard County station will open, if one ever does.

In the meantime, Virgin Trains USA is moving forward with plans to extend to Tampa via the I-4 right-of-way leftover, after the voter-approved but Republican-blocked high-speed train between Orlando and Tampa. One of the eight private partners expressing interest in the high-speed train proposal was Virgin, who, like the other interested parties, committed to covering any construction and operational cost overrides. Despite these guarantees and billions of dollars in commitments from the Obama administration, Governor Rick Scott, citing concerns of cost overruns, blocked the high-speed train that would’ve provided a safe, mass transit option along one of the deadliest interstates in the nation. The slower-speed Virgin Trains USA proposal will keep three of the six proposed stations along the former high-speed train route, including one at Walt Disney World and a terminus in Tampa, not far from the Port of Tampa.

As of now, Virgin Trains USA has no proposals to build the two stations that the former system would’ve had in Lakeland nor the station at the Orange County Convention Center. Out of those three stations, the only one that has been mentioned as a possibility is the Orange County Convention Center station. An alignment that includes that station would be significantly more costly but is being advocated for by NBCUniversal, due to its proximity to their new south campus.

Tampa’s station will be near both the Port of Tampa and the Hard Rock Casino. This could cause even more competition for Port Canaveral, where casino cruises remain popular. Tampa’s cruise port is at a disadvantage, due to the restrictive Skyway Bridge route into the port that blocks many of today’s larger cruise ships. PortMiami has no such limits and is regularly home to record-breaking cruise ships, meaning that the new rail system could potentially hurt Tampa’s cruise industry as well, though possibly not as much as Port Canaveral’s.

Virgin also has proposed a hyperloop linking Orlando to Miami, partially using the I-4 right-of-way. No specific stations have been proposed for that project, but it is expected that it would link Orlando International Airport to PortMiami. So far, it's unclear how Virgin, who are known for their siloing of various ventures, plans to move forward with the two transit system that would compete directly with one other. One difference is hyperloop’s ability to move freight. Port Canaveral has been focused on adding more freight capacity at the port, so any competition from South Florida freight ports via hyperloop could provide even more issues for Brevard County.

It’s still unknown what impact the new Virgin Trains USA system linking Orlando to PortMiami and Tampa will have on Port Canaveral, but it’s clear that come 2022, things will look dramatically different for Central Florida’s closest cruise port, and things will only become more complicated in the years after.