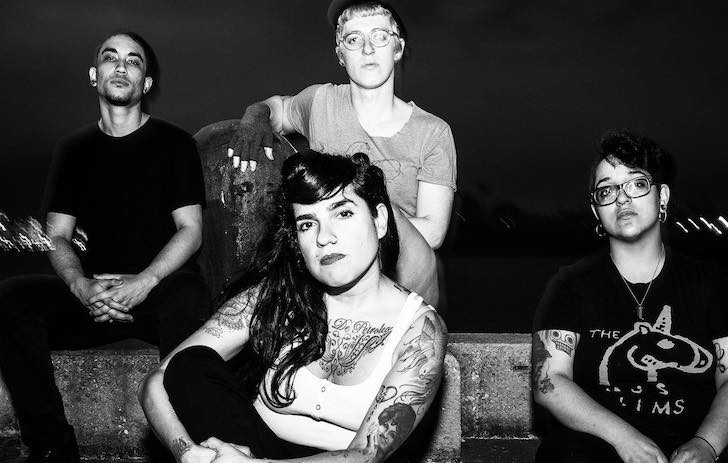 Choked Up, the "pop-punk telenovela" band fronted by Cuban-American artist and musician Cristy C. Road is playing Orlando on Wednesday night of this week as part of a short Florid tour following an appearance over the weekend at Gainesville's Fest 18.

Road came to fame in the late 1990s with her self-published Green'Zine, which led to her illustrations appearing in numerous anthology titles as well as work for the Advocate, the New York Times and Maximum Rock & Roll. She has also published a handful of illustrated novels and, intriguingly, her New World Tarot in 2017. Road fronts Choked Up and their music is furious, passionate and catchy, with songs about, in Road's words, "songs about love and companionship and special connections, but during the apocalypse."

Sunstrife, Choked Up, Hit Like a Girl, Nervous Dater and No Handouts all play the Falcon on Wednesday, Nov. 6 at 8 p.m. Cover charge is $5-$10.