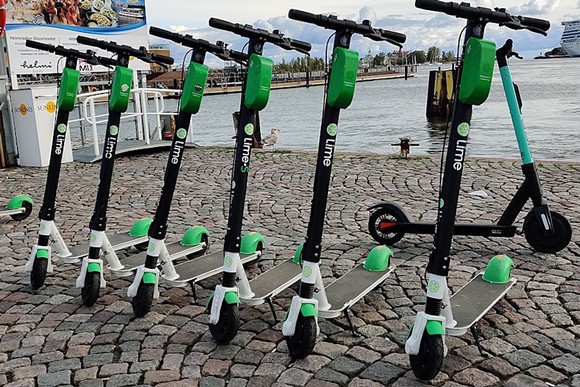 The Orlando City Council will vote on an ordinance Monday allowing regulated motorized scooter companies in the city.

An indicator of where the wind blows can be found in the actions of famed national scooter company Lime, who announced the decision to remove its bicycles from the city, once the rental scooters are approved.

The arrival of the Uber-backed company's bikes, before their trademark scooters were approved, was always a warning that Orlando would inevitably become another another scooter city.

There's also local, Orlando-based bike and scooter company HOPR, who anxiously (or not so anxiously) awaits approval of their scooters in their own hometown.

Juice bike share squeezed out of Orlando
By Monivette Cordeiro
Blogs
If the city approves the ordinance, there could be motorized scooters on Orlando streets as soon as the beginning of the year.

The proposal for a pilot scooter program, which came before the council about two months ago, will need to pass Monday's vote and a second vote in December to be enacted. Companies with at least 200 scooters – but no more than 400 – could then apply to bring their fleet to town.