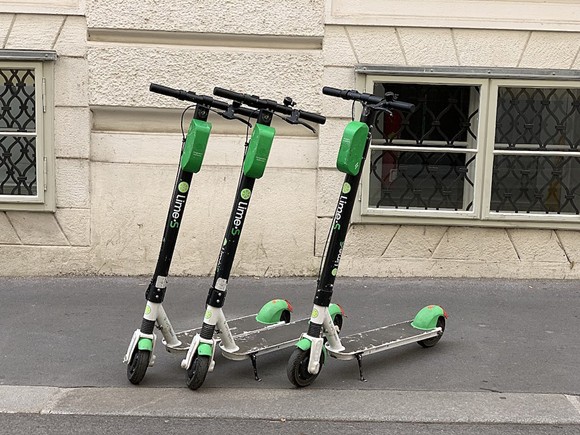 The pilot program has to be approved again in December before being enacted. If voted through again, there could be scooters on Orlando streets by the turn of the year.

The long-awaited development in local transit is welcome news for scooter company Lime, who announced last week the removal of its bikes from Orlando in anticipation of the council's approval for scooters.

"We had great success with our bike-sharing program," said Mayor Buddy Dyer. "Nationally, a lot of providers of the bikes have moved toward scooters. We had resisted that effort for some time," said Dyer with a smirk. "But looks like bike-share providers may be pushing bikes out for economic reasons."

Orlando transportation director Billy Hattaway said bike-share rides in the city slowly increased before topping out at an average of about 30,000 a month. Those rides, he pointed out, were often by people who would otherwise use a car, decreasing driving trips in the city by tens of thousands monthly.

Though the bike program was a success, said Hattaway, the city made sure to do its due diligence before welcoming scooters. The city sent a draft ordinance to scooter companies interested in Orlando and made changes after getting feedback.

Over 15 companies have hit up the City Beautiful about adding scooters, according to Hattaway.

"The No. 1 goal is safety," said Hattaway, referencing a University of Texas report finding that roughly half of first-time scooter users crash. The city's scooter pilot program, in response, will require companies to proactively promotes scooter and bike safety by providing safety courses, including courses that specifically target first-timers, and provide documents and reports about attendance. Hattaway noted that all participating companies have worked with the city to provide transparent reports.

Florida law allows bikes and scooters on the sidewalk. To protect pedestrians, Hattaway said there will be a total of 1,800 in the city and that scooter speed will max out at 10 mph.

Commissioner Tony Ortiz said that 10 mph is too slow, that he could run that fast in his prime and that "these millennials want to get from point A to point B" quickly.

"What about seniors?" asked Commissioner Patty Sheehan, adding that her older constituents in District 4 were already pretty bummed about bike-sharing on sidewalks and now are "really, really concerned about getting injured" now that scooters appear to be on the way.

Sheehan asked Hattaway if scooter company liability insurance will cover not just the person riding the scooter but also the person or property being hit. Commissioner Robert Stuart doubled down on this notion, making a comparison to the city-owned Dubsdread Golf Course.

"If I play golf at Dubsdread and hit a ball into private property, I am liable to cover the cost, not Orlando, even though it’s a city of Orlando course," said Stuart. Still, noted Stuart, the city has spent money to fix broken windows around the course.

"What if somebody hits somebody and takes off?" asked Stuart, who requested that Hattaway and city staff nail down insurance liability details, as well as specific profit and safety goals to determine if the project is worth keeping.

Another safety measure, said Hattaway, was the city removing scooters from Orange Avenue and Robinson Street to about South Street downtown on Fridays and Saturdays at 6 p.m. as people pour in. District 1 Commissioner Regina Hill said she is still concerned about scooters endangering pedestrian traffic downtown.

She also said she wants to make sure that scooters are available to people across the city, like in Parramore. "I see people use Lime bikes as their primary transportation," she said.

The present pilot has 80 percent of the fleet in the downtown redevelopment area, 60 percent east of Interstate 4 and 20 percent west of the highway. The remaining 20 percent would be outside of the downtown area.

The pilot has other map regulations, like areas where it's prohibited to ride scooters. For example, there will be a GPS-marked geo-fence around Lake Eola. There are also exclusionary zones where scooters cannot be staged by companies, like the Pulse site and "You Mattered" mural. Sheehan added there should be ways to make sure they aren't parked in front of accessibility ramps.

Hattaway said he made the exclusionary map based on complaints and obviously sensitive city spots like Pulse. He added that he can adjust the pilot at any time without having to return to the council for approval.

Should the pilot pass the second vote in December, companies with at least 200 scooters – but no more than 400 – could then apply to bring their fleet to town. It will cost $5,000 for companies to apply.

According to Hattaway, the price for a ride will start at 25 cents and the city will put profits toward safety measures and city infrastructure.