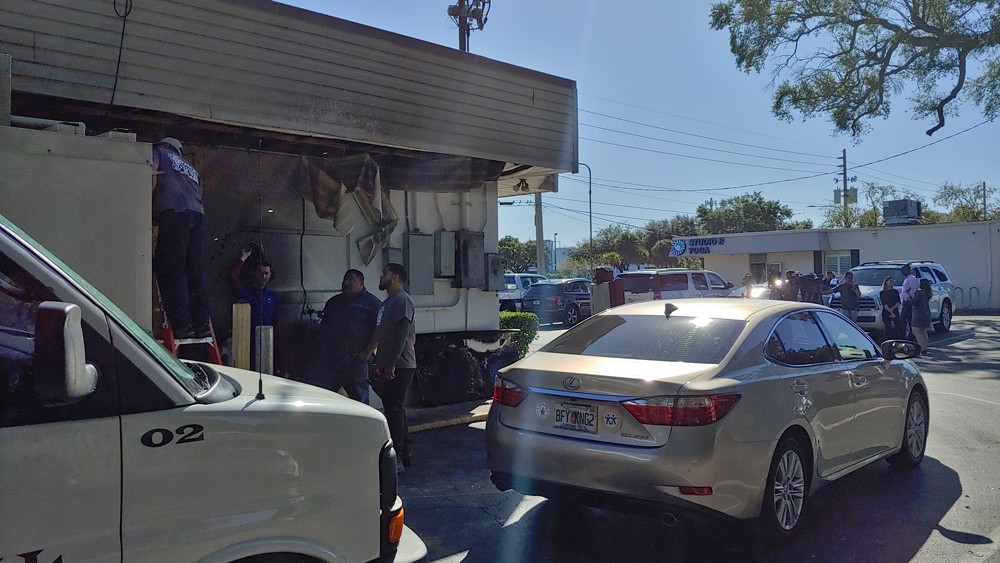 There were no injuries and minimal damage, the 51-year-old Orlando restaurant said in an Instagram post. But the 1 a.m. flame did prevent them from opening this morning.

The report of the fire came from a 911 call made by a man who said he lives "a couple houses down" from the Bumby Ave. sandwich shop.

Evidence shows the fire started outside of the building. tweet this
"It looks bad," he says in the 911 call, which was released earlier today by the Orlando Fire Department Public Information Office. The caller notes that the fire is on the back of the building, that it was causing a great deal of smoke, and that the blaze appeared to be coming from inside the shop.

Orlando's arson team has found evidence to the contrary, the fire department confirms, that shows the fire started outside of the building.

Until the investigation is complete, we're all left to wonder: Who would take an arson-shot at the Beef King?