Update 2:50  p.m. | The Orlando Fire Department is investigating the Beefy King fire as an arson. There will be an update post with more information on the investigation, including details from the 911 call.

Beefy King, the Orlando restaurant slinging their signature beef sandwich and "Beefy Spuds" tater tots for 50-plus years, didn't open this morning because of a late-night fire. 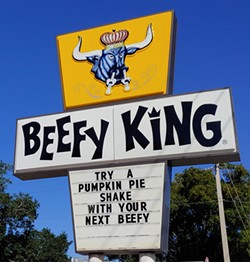 No one was hurt, said the Orlando sandwich institution in an Instagram post, and the fire did "minimal damage" to the shop.

The fire was reported at 1 a.m. by a passerby. The restaurant thanked the random person in the post, as well as the Orlando Fire Department, who Beefy King says acted swiftly to extinguish the flames, and have been helpful since the fire.

The Orlando Fire Department Public Information Office says arson investigators are determining the cause of the fire.

"We are trying to wrap our head around this," said the Beefy King post. In its long history, they say, they've dealt with mishaps, even hurricanes, but never fire. They also said they are ready to rally and return to serving tasty sandwiches.

"We are already working to clean up and open ASAP," says Beefy King, adding that ensuring employee and customer safety is the priority. 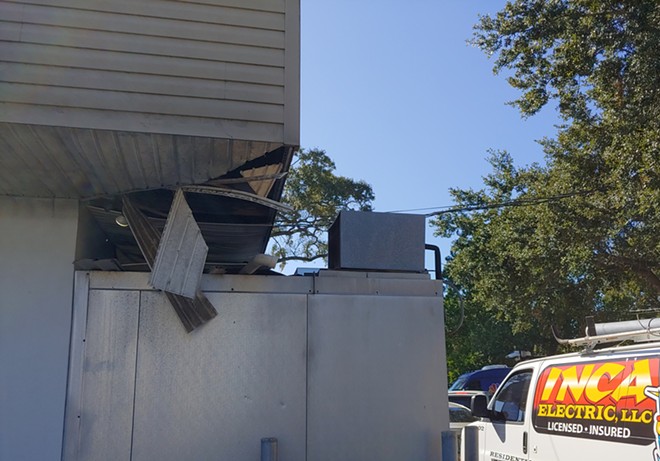 When the shop's 46-year-old iconic sign needed to be replaced due to weather-related wear and tear in 2014, people mourned the deterioration of a treasured landmark and applauded the city's approval of a replica. Coming to the unassuming Bumby spot has become an integral experience for any local, for many a Floridian, from the regular from down the block to the Governor. It's a necessary stop for anyone visiting who really wants to get to know the area.

Surely, many an Orlandoan are disappointed to go without their regular bite of Beefy King. And, surely, the Beefy King will rise again.

We are very sad to report our beloved Beefy King caught fire around 1am. No one was hurt & Minimal damage to the building. We are already working to clean up and open ASAP. The safety of our employees & customers are priority. Thank to the person that called 911 and reported the fire. The Orlando Fire Dept acted swiftly & prevented the fire from spreading. The Orlando police Dept has been so helpful as well. Everything is being investigated and we are trying to wrap our head around this.51 years we have survived hurricanes & other mishaps, never have we dealt with fire. We will keep you informed. Thank you for your support and prayers.