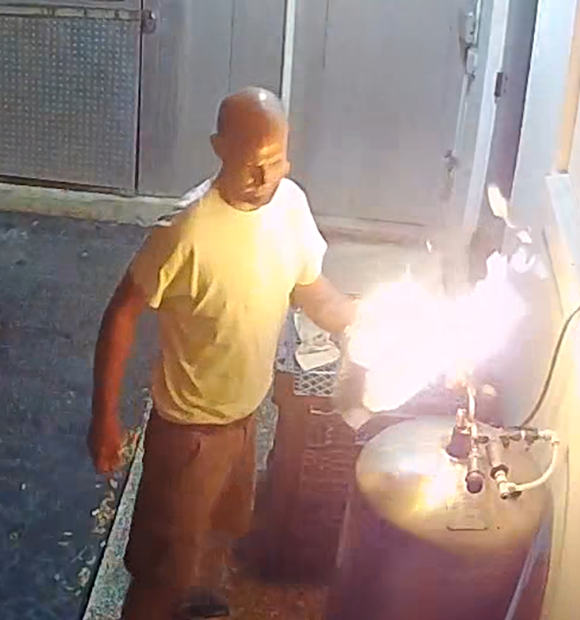 An arsonist allegedly came for the Beefy King.

Orlando Fire Department investigators linked up with Orlando police to conclude the Tuesday fire at the cherished Orlando eatery was no accident.

Using evidence from the fire investigation, witness testimony and surveillance video, the law enforcement tag-team determined the fire was set deliberately. Within a day of the late-night fire, a suspect, John Huff, was arrested and taken to Orange County Jail and charged with setting Beefy King ablaze.

According to a report by WFTV, Huff, 36, admitted to causing the fire to Orlando Police while in the squad car. Police found Huff when employees of Drunken Monkey Coffee Bar, which is right next to Beefy King on Bumby Avenue, called officers about a man bothering customers. Police arrived and identified Huff as the man in the surveillance footage.

The fire, which occurred at 1:46 a.m. Nov. 12, was reported by a man who lived nearby. In his 911 call, he said the fire was coming from the back of the building, noted it "looks bad," and said it seemed to be coming from inside. Quickly, investigators determined there was foul play.

In an Instagram post, Beefy King said no one was hurt and the fire caused little damage. But it did cause them to close momentarily until repairs are made. Despite his admission, Huff is being held as a suspect and has not yet been tried.