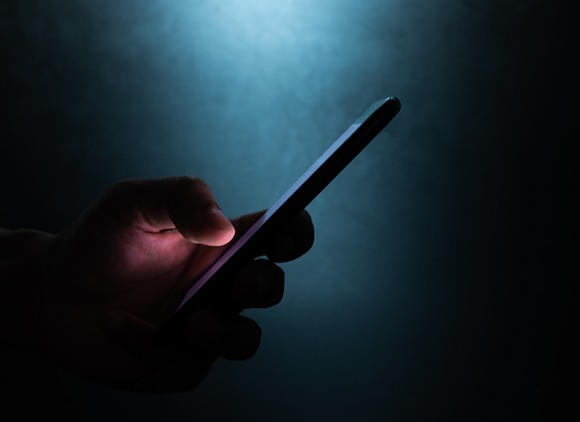 Two apparent cell-phone thieves have been caught by police, accused of stealing a total of 138 cell phones at Electric Daisy Carnival.

The Orlando Sentinel reported one man, 25-year-old Adeson Yordan Ortega Rodriguez of Hialeah, was arrested Tuesday near Lake Okeechobee when he failed to stop for a stop sign. Inside his car, officers found 104 phones and several credit cards from EDC attendees.

The Palm Beach Sheriff's officers said Rodriguez appeared nervous and admitted to coming from EDC in Orlando. There was a large hole in the upper-left-side corner of his black rental sedan, which Rodriguez said happened in a fight at the festival. Officers found marijuana in the car, and a search revealed the phones in bags in the car and trunk.

Officers inserted 20 of the stolen phones' SIM cards and began contacting the owners, some of whom said they remember being bumped into by Rodriguez before their phones were stolen. The Orlando Police Department will continue working the case and contacting more victims.

We knew the cell-phone thefts were higher than usual when Orlando Weekly readers started asking if our Electric Daisy Carnival photographers caught images of anyone near them at the time their phones were lifted.

Rodriguez wasn't the only alleged phone thief from EDC. WKMG is reporting the arrest of 34-year-old Orlando man Carlos Perez-Hernandez, who is accused of stealing 34 phones (one for every year?).

Witnesses reported spotting Perez-Hernandez, dressed in a tie-dyed blue hoodie, lifting phones from attendees' pockets. All 34 phones were found in his heavy black backpack, placed in "airplane mode" so victims could not use phone-location apps while the thefts continued. Three victims immediately came forward for their phones after police reconnected them to their networks.

Orlando Police said they believe the Perez-Hernandez thefts happened near the Kinetic Energy Stage, where they initially spotted him. He was taken to the Orange County Jail.

This is a developing story. We will continue to provide updates from this year's largest-ever EDC.