Thanks to Rick Scott, Trump's tax break for poor people went to Florida's billionaires instead 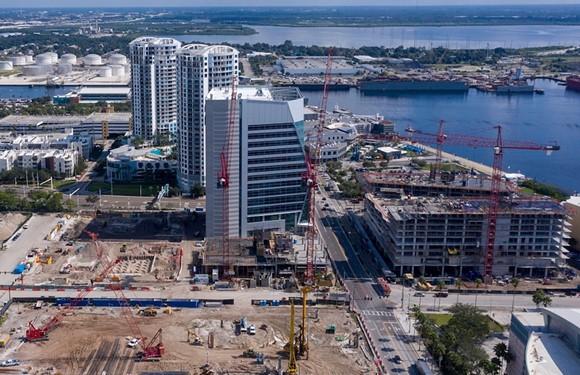 Essentially, President Trump’s 2017 tax plan was supposed to create jobs by handing over $1 trillion in tax cuts to corporations and our nation’s billionaires. But since Trump knew he also had to appeal to the proletariat, a portion of the plan was dedicated to things called “opportunity zones,” which would supposedly create jobs and housing opportunities for our nation’s poorest residents.

However, since state governments were allowed to decide who got these designations, and Florida is the proverbial never-ending pasta pass of corruption, it would appear this massive tax break turned into just another windfall for Florida’s richest chuds.

According to an incredibly damning report released today from ProPublica, a few of Florida’s richest residents like Tampa Bay Lightning owner Jeff Vinik lobbied then-Governor Rick Scott for this lucrative tax break, and ultimately his massive Water Street Tampa project – which literally surrounds his downtown hockey arena – was chosen over, you know, actual projects that would help poor people.

While the report mostly focuses on Rybovich owner Wayne Huizenga Jr. and his insane quest to get the coveted “opportunity zone” designation for his mega-yacht marina project in West Palm Beach, Vinik’s luxury redevelopment project is also given plenty of ink.


As far back as 2014, Vinik, the Tampa Bay Lightning owner, has had his eye on redeveloping a swath of the city’s downtown surrounding his hockey team’s arena. In mid-2017, Strategic Property Partners, a joint venture between Vinik and Bill Gates’ Cascade Investment, announced a $3 billion redevelopment plan for the area. The project, Water Street Tampa, is slated to include luxury apartments, hotels, stores and restaurants catering to Tampa’s growing millennial population.

In early 2018, documents show that Vinik’s firm, along with the city of Tampa, requested that the area for the investment be made an opportunity zone. Vinik has given hundreds of thousands of dollars in campaign contributions to Scott in recent years. Scott picked the tract that contains most of the development for the tax break.

The tract has a median family income almost twice as high as the Tampa metro area, placing it among the top 0.5% of opportunity zones nationwide in terms of income.

In a statement, Strategic Property Partners defended the area’s designation, saying: “Downtown Tampa has long been a candidate for development and the establishment of Opportunity Zones has helped increase and accelerate investment. Water Street Tampa is transforming a vacant area of land in downtown Tampa into a new community within the city.”


Unfortunately we may never know just how big these tax breaks actually were because the numbers do not have to be released to the public. But what is known is that plenty of more worthy projects were shafted, despite Trump saying that "the biggest beneficiaries are African Americans."

According to documents from the Florida Department of Economic Opportunity, and obtained by ProPublica, Scott rejected very obvious projects for poorer areas (at least three that were nearby Huizenga Jr.'s luxury marina) and opted to give the “opportunity zone” designation to guys like Vinik and Huizenga Jr., who are both conveniently major Scott donors.

Sen. Rick Scott's office released a statement responding to the report: “Then-Governor Scott’s focus was on supporting job creation in low-income areas in the state, based on federal requirements and what would offer the best return on taxpayer dollars. That’s what guided every decision he made.”