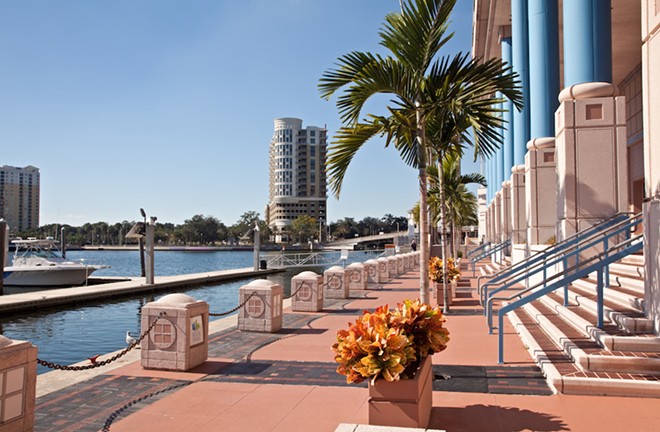 According to the Bradenton Herald, police were called to investigate last Friday night after a group called the Endangered Souls RC/Crew 519 placed the fliers inside clear plastic bags and scattered them throughout the Village of the Arts.

"We had them and then we looked down the road and they were up and down the street. They peppered this road," said resident Mark Burrows to the paper.

The fliers, which were weighted down with rocks, featured a long rant in all caps that called for white people to not be ashamed of their heritage. "How dare anyone try to shame me for my white privilege!" read the racists fliers. "My white ancestors spent 20,000 years surviving ice ages. 2,000 years suffering under tyrant kings. 200 years toiling down coal mines, working in factories and being slaughtered on the battlefield all to earn white privilege."

Among other white supremacist talking points, the fliers also featured a non-functioning domain for the Endangered Souls' website.

According to the Southern Poverty Law Center, the group claims no territory (as most motorcycle clubs do), but has active chapters in Florida, Georgia and Idaho. The group is also part of a larger worldwide network of racists called the United Aryan Coalition, which was formed in 2015 and includes the Ku Klux Klan, the Aryan Renaissance Society, Noble Breed Kindred, says the SLPC.

The group is also known to pay fealty to the "14 words": "We must secure the existence of our people and a future for white children," which according to the Anti-Defamation League, is a phrase echoed by many neo-Nazi groups and was coined by the now deceased David Lane, "a member of the white supremacist terrorist group known as The Order."

This week, similar racist/nativist talking points were echoed by current White House Press Secretary Stephen Miller, in a massive trove of emails released by the SLPC.

Currently, there are 75 active hate groups in Florida, says the SLPC, which also lists The Proud Boys, Act For America and Insight USA on this list.

According to the nonprofit, active hate groups in the Tampa Bay area include the Nation of Islam, the American Freedom Party, Bill Keller Ministries, and the New Black Panther Party of Self Defense.