For years now, Disney World fans have been hoping the resort will finally add new monorails to replace the aging fleet that continually makes the news for breaking down and stranding passengers. Despite literal pieces falling off the three-decade-old trains, Disney hasn’t given any indication that it plans to replace them.

Rumors circulated last year that Bombardier, which built the current Mark VI trains, had been contracted for a new fleet. At the time, the primary source of the rumors was a fan site that Disney has since publicly called "unscrupulous," due to publishing multiple unfounded rumors. However, the speculation about a new fleet was supported that same year when retired Imagineer Bob Gurr, who designed both the original Disneyland monorails and WDW’s first monorail fleet, publicly stated "there are contracts underway" for new monorails.

Also at the time, it was speculated that new trains would likely be a custom-built version of Bombardier's INNOVIA 300 trains, which are strikingly similar in exterior design to WDW’s monorails. 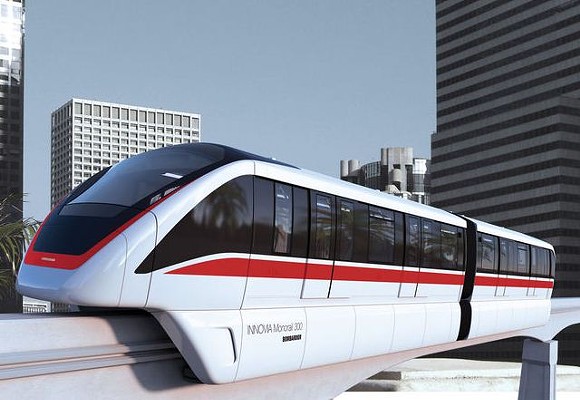 Since then, there has been little to indicate that Disney is actually moving forward with the supposed contracts. In June of this year, Disney began rolling out a refurbished version of the current monorails, with the first updated train being Monorail Silver.

Despite being less than six months old, the refurbished Silver cars are already showing wear, with some guests complaining about poor air conditioning, loose vinyl on the seating, and an unpleasant smell best described as "nursing home meets middle-school locker room."

As we mentioned in 2018, the combination of services and fleet is more common, as Bombardier shifts to a service-based profit model, similar to the direction Apple has been moving. This fleet-and-operations double-contract is the type of arrangement Bombardier has with SunRail, where it delivered both the trains and oversees the continued maintenance of them. 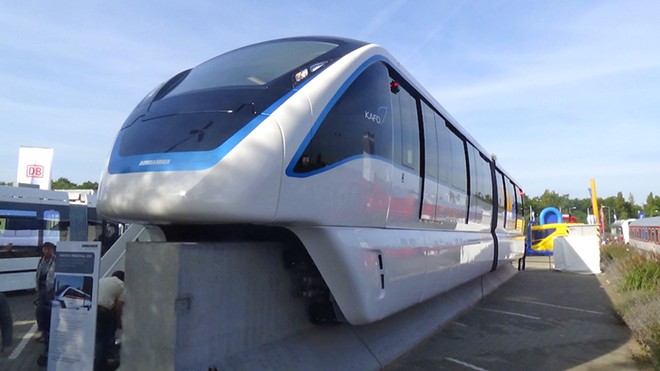 The $104 million in rolling stock would be enough to replace at least a few of the aging monorails at WDW. Bombardier’s newest trains use the latest technology for seamless autonomous operations, meaning Disney could choose to save costs by eliminating monorail pilots. Not to imply the company would ever choose profits over people.

Automated trains would also mean a single contract for Disney, instead of negotiating contracts with local labor unions.

While Disney would clearly benefit from new monorails, there are plenty of other options for who the undisclosed North American client could be. Las Vegas is expanding its monorail system, which initially used monorails that Disney sold them, though, unlike Disney, it has since updated to newer trains. The new extension of the Vegas monorail will add two new stations when it opens. That expansion should open in late 2020 or early 2021, which would be a logical time for another update to its fleet.

The new contract could be for multiple other airport expansions and train projects ramping up around the nation. tweet this
Other possible clients include the San Francisco International Airport, where just two days prior to the end of the second financial quarter, Bombardier announced a $220 million service contract, which like the SunRail one, has a ten-year minimum. The similar cost of the new service contract to the SunRail and San Francisco contracts point to the recently announced deal also being for a ten-year minimum.

With multiple other airport expansions and numerous other train projects ramping up around the nation, there is little to indicate that this new contract is for Disney World. As with the previous reporting, for now, there is nothing to suggest that this latest speculation regarding a new monorail fleet is anything more than wishful thinking, but here’s to hoping Disney replaces the fleet before more pieces of the current trains fall off.