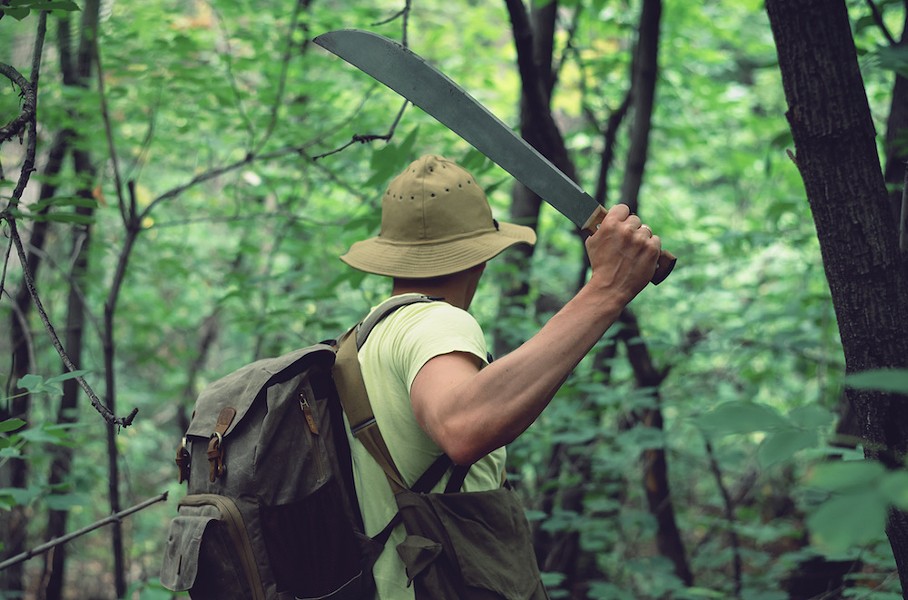 A shotgun may seem like the obvious Florida Man weapon of choice. But Florida Man contains multitudes and, lately, an affinity for machetes.

Mascotte Police Tuesday arrested a Florida man who allegedly armed himself with a machete while hanging out in a shed with four other people. According to witnesses in the police report, the 39-year-old man blocked the door and wielded the Spanish-American agricultural tool because he said he was missing $50, and that no one was allowed to leave until someone gave it back to him.

In a game of "rock, machete, gun," another Florida man in Ocala lost a rent dispute with his landlord by charging at him with a machete. That's when the landlord shot and killed him with his pistol, according to the Marion County Sheriff's Office.

Machete vs. pipe is another matter, as one badly-injured Brevard County man can attest. On Oct. 30, a 26-year-old Florida man was allegedly attempting to pry his way into a Fort Lauderdale home with a pipe, when the homeowner appeared with a machete. The two attacked each other, the Associated Press reports, with the resident able to pin the burglar and call the police.

Also in Fort Lauderdale, another Florida man allegedly attempted to rob an Aldi's while wearing a Halloween mask and armed with ... a machete. His mask flew off as he ran away on foot, allowing employees to recognize him from an earlier attempted theft at the same store. 7 News Miami reported he was easy to catch.

Lest you think this a recent trend, Florida men and machetes have been politically intertwined in the recent past. When the Republican National Convention came to Tampa in 2012, police arrested a man for carrying what they described as a "full size" machete. When police approached the man he claimed that he was allowed to carry whatever weapon or tool he wanted. That’s not entirely true, notes a report by the Atlantic. Florida law requires concealed-weapons holders to have a permit, even for knives. Even though the man's machete was not concealed, all weapons were prohibited in the special "event zone" where he chose his standoff.

Remember, Florida men and women, machetes are for cutting plants, not people.