New cruise-ship rollercoaster rolled out by Shaq in Orlando

With "Chief Fun Officer" Shaq in tow, Carnival debuted the new ride vehicles for the rollercoaster planned to go aboard the Carnival Mardi Gras ship, under construction now.

The announcement was made at the IAAPA Expo taking place this week at the Orange County Convention Center. The upcoming, Port Canaveral-based ship is one of the most anticipated new vessels for Carnival in a long time, thanks to the impressive lineup of celebrity-driven dining venues, entertainment offerings, and original design. On the top deck will be the power roller coaster, called BOLT.

Internationally recognized rollercoaster manufacturer Maurer is bringing decades of experience to BOLT, the first roller coaster on a cruise ship. The two-person ride vehicle straddles the single-rail coaster track. Like other recently announced single-rail coasters, one of the significant benefits of the Maurer one is the smaller footprint the attraction requires, allowing for installations in previously unrealistic locations, such as above the sports and outdoor entertainment deck of a cruise ship.

The Carnival Cruise Line version of the coaster will allow riders to choose their speed, meaning that while the coaster can reach speeds of up to 40 mph, even timid riders can have an enjoyable ride. With a small track and interactive speed elements, BOLT will be limited to only one train. This means that the hourly capacity of the coaster will be nearly cut in half, with Maurer representatives giving it a rough estimate of 400-600 per hour. Like many other low-capacity attractions on cruise ships, BOLT will likely require reservations, or Carnival may use other options to ensure the lines for the low capacity up-charge coaster won’t grow too long.

Carnival representatives admitted that many of the best concepts from their ships eventually show up on future ships, but unlike a theatrical production or restaurant concept, installing a coaster on an older ship is far more complicated, meaning this offering may be limited to the Mardi Gras for some time.

Shaq, who surprisingly was able to fit into the coaster ride vehicle, will be more than just the Chief Fun Officer for Mardi Gras. His Vegas-based chicken stand, Big Chicken, will be getting two new locations on Carnival ships debuting in 2020, the Carnival Radiance and the Carnival Mardi Gras. Also on board the vessel will be Emeril Lagasse’s first-ever restaurant at sea, Emeril’s Bistro 1396. Not to be outdone, Guy Fieri will have two dining options aboard Mardi Gras. 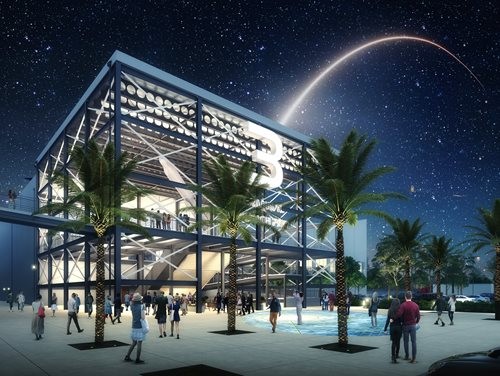 If you do check out the dining venues ahead of riding BOLT, there’s a new limited access, resort-style enclave called Loft 19 that will have plenty of places to relax poolside and build up the courage to ride a coaster that sits more than 184 feet into the air, on-board the largest vessel Carnival has ever built.

Bookings on 2020 sailings onboard the Carnival Mardi Gras are already open, including through Carnival’s new monthly payment program. Mardi Gras will sail out of the brand-new, space travel-inspired Terminal 3 currently under construction at Port Canaveral. Wild times ahead at sea. 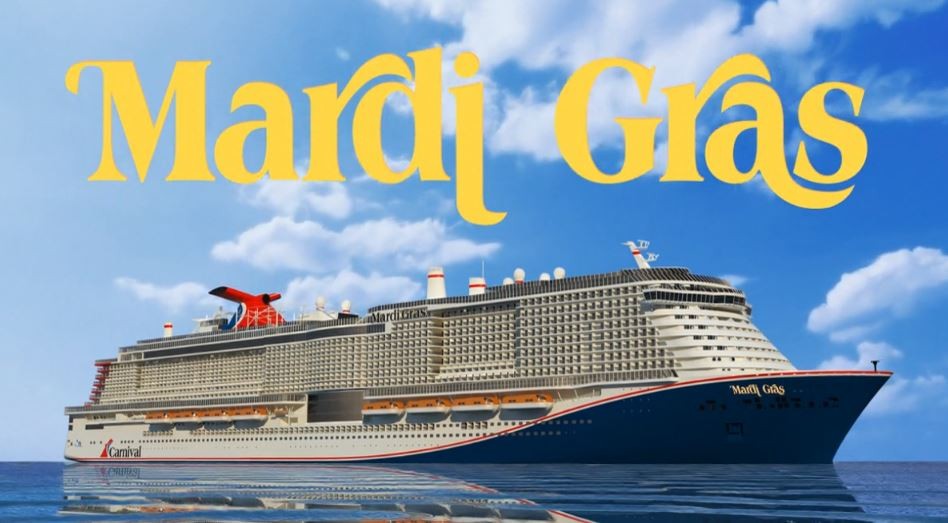