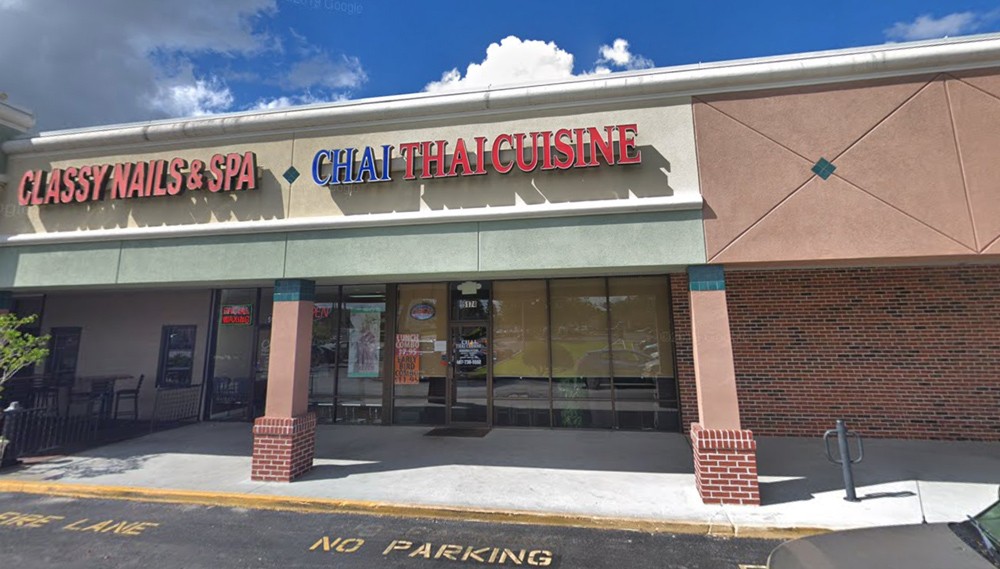 If some of the staff at two Chai Thai Cuisine restaurants in Orlando have looked especially tired, there's a good reason.

The U.S. Department of Labor announced in a press release last week that employees at both spots are owed $27,000 in back wages. The owner of the restaurants, Hong Saeunong, violated overtime requirements of the Fair Labor Standards Act, says the release.

An investigation by the Labor Department's Wage and Hour Division found Saeunong paid kitchen staff a flat rate per shift regardless of how many hours they worked during the shift. Even when kitchen staff logged more than 40 hours during the same workweek, Saeunong did not pay overtime, according to the press release.

Chai Thai Cuisine restaurants didn't combine hours staffers worked at both locations during the same week when determining overtime. tweet this
He did pay overtime to tipped employees but not after they worked over 40 hours in a week, as the law requires, but after tipped staffers worked over 80 hours over two weeks. Saeunong also skirted overtime regulations by paying tipped employees time-and-one-half based on "direct cash wages instead of basing overtime on the full federal minimum wage of $7.25 per hour," says the Labor Department.

Also noted in the release was that Saeunong didn't combine hours staffers worked at both locations during the same week when determining overtime.

"Employees deserve to be paid the wages they have legally earned, and law-abiding employers deserve not to find themselves at an economic disadvantage to competitors who break the law," said wage and hour district director Daniel White.

Split 17 ways, each employee will receive an average of over $1,500 in back pay.