When an elderly man's dog was hit by a car, employees at a Florida Publix got him a new one 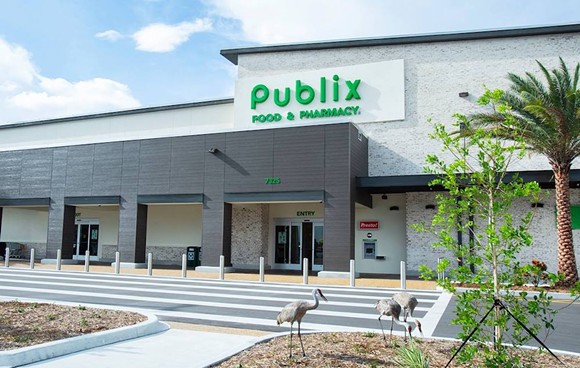 When it comes to customer service, the Lakewood Ranch Publix, right outside of Tampa Bay, went above and beyond for a regular customer who lost their dog after being hit by a car.

Apparently, the loss of Bobo, who would regularly grocery shop with customer, Bob Eck, hit two supermarket’s employees, Leslie Hinton and Kathy Clifton hard and they wanted to help.

“And one day, unfortunately, when Bob came in, I asked him how Bobo was and he told me the sad story about how he had got hit by a car,” Hinton told WFLA-TV. “So we all cried. And Kathy actually is a big dog person also, and she said ‘we need to get him another dog.’”

The duo told the news station they met Eck at Brandenton’s Bishop Animal Shelter SPCA in hopes to find a new companion, although Eck was hesitant to move on so quickly.

“Maybe I was stubborn to talk Bob into it but he didn’t need much coaxing when we started looking at the dogs. And when we sa[w] Peppy, that was it,” Clifton said in the interview.

Peppy, a 4-year-old dog who was scheduled to be euthanized, was scooped up by Eck, while Hinton and Clifton insisted on footing the bill on the adoption; which resulted in the pair receiving Publix’s “Mr. George Gold Coin” award, which according to Publix's website, was created to honor the supermarket's late founder George Jenkins, who, "decided to design a recognition program that acknowledges those associates who step past the call of duty to really make a customer feel valued."

Now Eck and Peppy are the new shopping partners in crime.

Damn, a feel good story right before the holidays. Makes you want to buy all of that gear they just dropped on that "Fresh Goods" line, or maybe just actually go to the grocery store instead of opting for delivery.