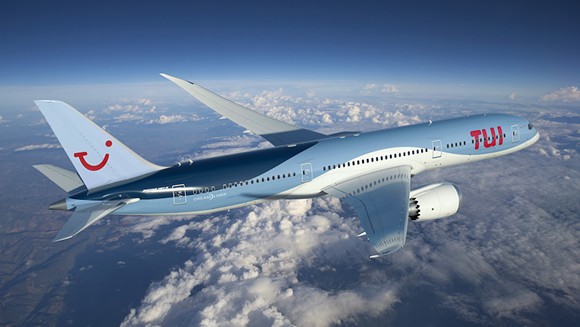 Nearly five years after controversially changing its name to Orlando Melbourne International Airport, the small airport, 70 miles away from Orlando, seems to finally be achieving its goal.

British airline TUI announced this month that, beginning in 2022, it will move all Central Florida flights from Sanford International to Melbourne. These are the first transatlantic flights for the Brevard County airport. TUI has yet to confirm its schedule but did announce it would be using Boeing 787 Dreamliners for the flights.

The change from Sanford to Melbourne is a significant blow for Sanford, where TUI serves as the single airline connecting the airport to Europe via ten TUI destinations, all but one within the U.K. Last year, Sanford International suffered a similar loss when Interjet moved its Orlando services to MCO.

Currently, four airlines serve Sanford International, with TUI only surpassed in by Allegiant in the number of flights it services at the airport. Both of the other airlines listed on Orlando Sanford International Airport’s website have no listed flights to or from Sanford on their websites with one, Sun Country, listing service to and from MCO. Both of those airlines are categorized as seasonal on Sanford’s website.

Sanford has been trying to attract more airlines in recent years, via a $4.5 million federal investment that will include an additional tarmac to increase flight capacity. Plans for a hotel and retail corridor on airport property have also been proposed, though so far none of those plans have moved forward.

Despite the limited number of airlines, Sanford ranks among the busiest airports in the state, with more than three million passengers in 2018. That still ranks well behind MCO’s 47.7 million annual passengers. Sanford will clearly take a hit when TUI moves its operations to Melbourne, which had only half a million passengers last year despite a terminal designed for four times that many.

Melbourne, where currently the only year-round service is limited exclusively to Atlanta and Charlotte, has been undergoing its own improvements, including announcing plans for a fly-in hotel with a rooftop restaurant and event space. The airport is currently seeking investor proposals for the unique hotel that will also provide views of nearby rocket launches. More than $100 million in investments have occurred at MLB in recent years, with even more investments now slated for the airport thanks to the TUI agreement. MLB leadership also promised to welcome the ULI passengers to Florida with orange juice and what will be "practically the newest and most modern airport in Florida.”

Melbourne is quite far from Orlando, something that has caused a lawsuit over the airport’s use of Orlando in its name. tweet this
In announcing the shift from Sanford to Melbourne, TUI leadership noted the massive updates as part of its decision to move its Florida service to the airport.

“At TUI we’re committed to offering our customers an outstanding airline and holiday experience and we are delighted to be working with Orlando Melbourne Airport on their exciting expansion plans,” said Dawn Wilson, managing director at TUI Airways. “Our new Orlando gateway will be perfectly situated to offer TUI UK customers total flexibility in designing their holiday around any combination of theme parks, beaches or cruising.”

Melbourne is quite far from Orlando, something that has caused a lawsuit over the airport’s use of Orlando in its name. That longer distance could mean Brits flying TUI may have difficulties getting from the airport to Orlando, thanks in part to the lack of a Virgin Trains USA (previously Brightline) train station in Brevard County. The location though may benefit Brevard’s attractions, and hotels as Melbourne Airport Authority Chairman Jack L. Ryals explained. “This is a major win for Melbourne and our entire region.” He went on, “tourism is our region’s biggest asset, and I look forward to the day when UK travelers are admiring our beaches, enjoying our restaurants, relaxing at our hotels and catching a Space Coast thrill at our attractions.”

TUI has yet to give any indication on when it will announce the scheduled flights connecting to Melbourne. Sanford International also has yet to announce any plans on future airlines that may take over TUI’s slots. As the two smaller airports fight amongst each other, MCO pushes forward with its own expansion. It’s $2.1 billion expansion, adding 19 gates and paving the way for more than 40 more, should open by late 2021.