Orlando says its ride-hailing hubs are working, and plans to extend the trial period

To help improve traffic flow when gobs of people simultaneously summon ride-shares at 2 a.m., Orlando tried out a program with specific locations designated as Uber and Lyft pickup spots.

Orlando says the ride-hailing hub pilot has helped with last-call lag and with opening road closures sooner. The city will extend the program for another six months, but officials say adjustments are still needed to maximize the program. 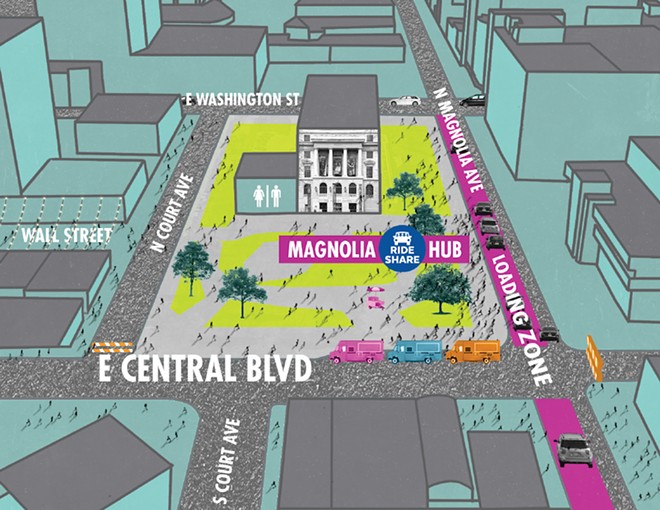 There are two downtown hubs at Heritage Square and Gertrude’s Walk, placed at the two spots when Orlando first started the program this summer.

Traffic is terrible enough on the regular weekend night but it can be especially treacherous when there are events. The night of Aug. 24. is the ultimate example, cited by Uber and Lyft spokespeople and Orlando officials alike, when the Florida Gators and Miami Hurricanes played at Camping World Stadium on the same night the Backstreet Boys were playing a concert at the Amway Center.

The Heritage Square hub, on Magnolia Avenue, sees nearly twice as much traffic as the hub at Gertrude's Walk. One of the main adjustments, noted city officials, is in funneling people to both hubs more evenly.