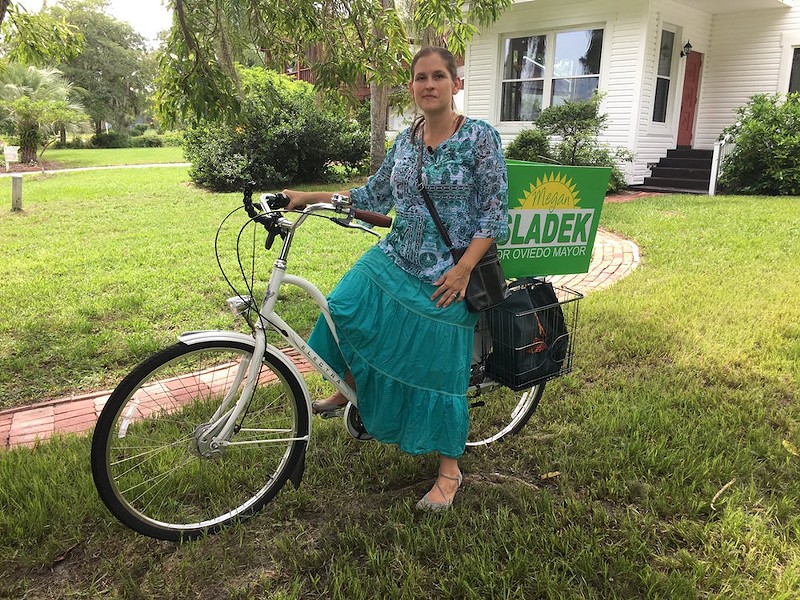 In a recent segment on Spectrum 13 News, later published as a clip on their website, "Oviedo Mayor-Elect Ready to Lead City Amid Newborn Baby," Megan Sladek took the time to explain how childbirth happens all the time and has never impeded a woman's ability to work.

Sladek, rocking her child (born a week after the November election), talks to Spectrum's Dan Massineo about her priorities for leading Oviedo's government.

“We’re about to begin a visioning process to redo the entire comprehensive plan, and I think it’s going to be critical for people in Oviedo who are interested in changing the trajectory to get involved in that process,” Sladek says to Massineo.

Then, Sladek calmly uses her words when the Spectrum newsman asks what she might say to "those who are concerned" that she (already a mother of two) just gave birth. Concerned that ... their mayor is a woman? Concerned that ... women can do two things at once, even big things like pregnancy and mayoral campaigning? This concern is never really defined or attributed, but Sladek gamely rolls with it.

“It’s a very natural thing. In other countries, that’s how moms operate. They just, you’re out working, out comes a baby, and they get back to whatever it was they were doing before,” said Sladek.

Maybe somebody could get on explaining that to Spectrum News next.