Watch UF students being real about Thanksgiving and indigenous genocide 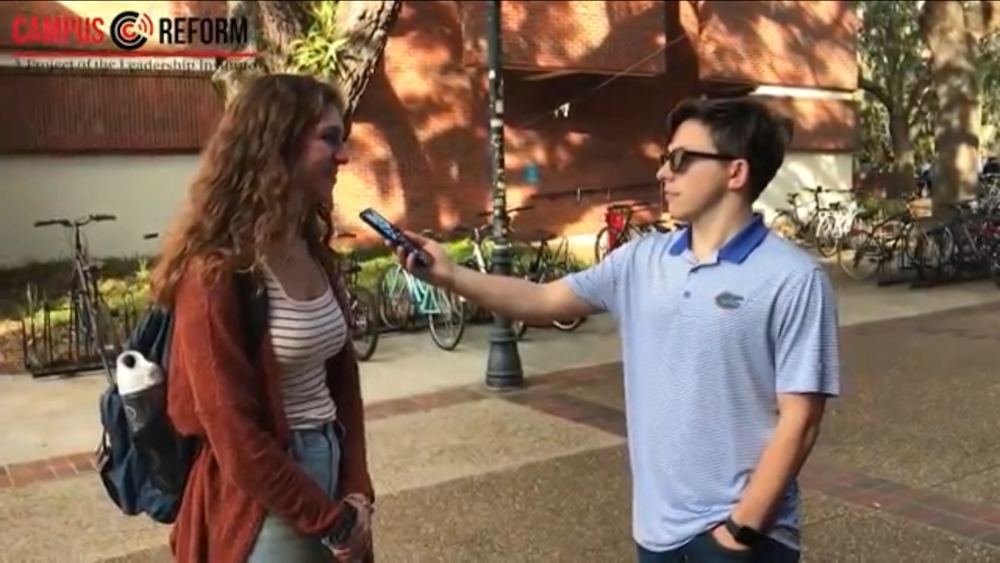 There's a national outlet called Campus Reform which is basically a Breitbart for campus news. They say their mission is to "expose liberal bias" on college campuses.

Here are a couple of recent headlines: "Trump-connected impeachment fails at UF as leftist narrative is torched" and "'Not a good look': Video captures moment leftists confront campus conservatives."

The blog also has another post by digital reporter Eduardo Neret titled "EXCLUSIVE VIDEO: Students dish on Thanksgiving as celebration of genocide," in which Neret walks around the University of Florida to ask students if they think that the holiday is fucked up.

Neret is respectful, soberly presenting facts as he asks UF students what they think. "Although it is a celebration of the Natives and the Pilgrims coming together, there are a lot of people that feel that, because we don't really examine what happened after, which is the fact that the natives were wiped out," Neret says in a preamble to a young woman, "they're saying, 'look, really what Thanksgiving is the celebration of the beginning of cultural genocide."

"As a country," the woman responds, "we should definitely examine, like, the genocide of native people."
Nearly everyone in the video responds similarly as Neret nods and dutifully places the microphone end of his cellphone to their mouth. He takes it a step further and asks if dressing up children as Native Americans and Pilgrims is messed up. Everyone he asks, at least in the video, believes it is.

Neret, whose also written for such right-wing outposts as The Washington Examiner and Daily Caller, and who has appeared on Fox News, seems sympathetic to the yuckiness of Thanksgiving. Even he can't seem to deny the whole imperial-genocidal undertone to Thanksgiving festivities, like each holiday feast is the scene of revelry following every big battle in every fealty-porn flick or TV show.

One woman in the clip balks at the idea that Thanksgiving is bad, saying the holiday is just about hanging out with family.

"I think your privilege is showing," Neret says to her. He does have a shit-eating grin and is all too happy to rush the mic back to her face in the hopes of a reaction. Maybe the guy's just a good actor/plant.

The rest of the students in the clip were quick to call out Thanksgiving privilege.

"For other people, for indigenous people, it's definitely, kinda, like, a harmful time and period and holiday that people celebrate," said one man. Neret nods and adds, "right."

"It's something that I think we should be pretty ashamed of," says another dude.

One brother said Thanksgiving should be changed to Indigenous People's Day. Another woman agreed, saying the holiday should be refocused as "another opportunity to raise awareness for the issue that indigenous people face." She even mentions reparations. Neret doesn't flinch.

Considering how one-sided the video is, especially coming from Campus Reform, it appears that it may be content to inflame its conservative readership.

This commenter could be a clue: "Another great example of the public indoctrination (so called education)system! [sic]."