Among the out-of-state acts, there were even some national-level names, a growing feature of Folk Yeah as it gets bigger. The most high-profile was Zach Williams, lead singer of the Lone Bellow, who delivered a quietly stirring blend of blues, folk and pop. Others included Nashville’s Erica Blinn, whose red, white and blue-blooded rock & roll I caught earlier this year at Thomas Wynn’s own great weekly songwriter gathering the Circle, detailed here. And Dallas-bred musician Joel Adam Russell wove Americana with a quivering rasp that threads a nice, plaintive needle between heart and grain.

As nice and necessary as the national infusion was for a blooming festival, though, our native acts actually provided most of the night’s splendor, with some of the Floridian discoveries shining particularly bright.

One such case was young Ocala band the States. With a sound as indie as it is Americana, they build slow-burning anthems of towering tenderness with drama and scale that can crest up to two drummers.

But even among big area names that came deluxe like Terri Binion, Cat Ridgeway & the Tourists and the 502s, one of the evening’s most arresting acts was one of the quietest. Under the moniker the Careful Ones, Lakeland songwriter Joshua Robinson waxed tender with a solo set of soul-stroked folk-pop. It was the most delicate performance I saw, but it was done in the night’s purest, most striking voice, a model of singing that’s utterly angelic.

Here, the music is always first. But at the peril of sounding like an interior design piece for a minute, the atmosphere at this year’s Folk Yeah deserves its own ovation.

Mike Dunn has truly been ripening as a visual artist in recent years. His portrait photography has gotten lots of due attention for its signature modern-rustic elegance, and that’s spilled over into some video direction (to wit, this summer’s excellent video for Terri Binion’s “Tiny Little Landmines”). Well, that sense of mise en scène and set design has bled further onto the stages and into the aesthetic of Folk Yeah, really giving the festival yet another dimension of the Dunn touch.

But back to the music. With its quality and size, what Folk Yeah underscores is that the Central Florida roots and Americana scene is currently on its way to its most notable renaissance since the mid-2000s heyday. And in addition to showcasing it like no other, Mike Dunn and Folk Yeah are furthering the cause. 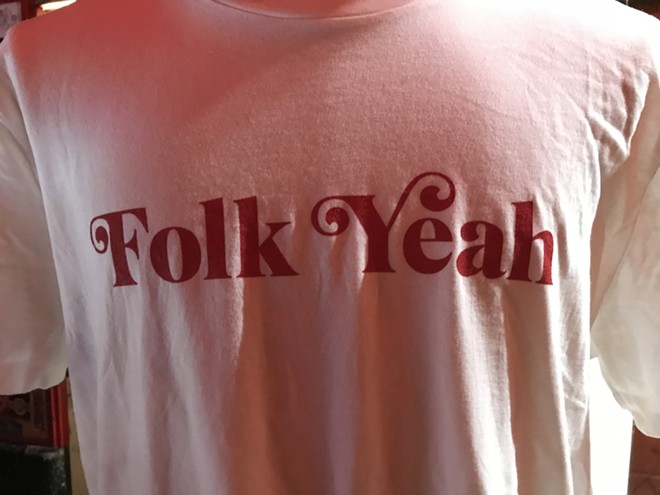