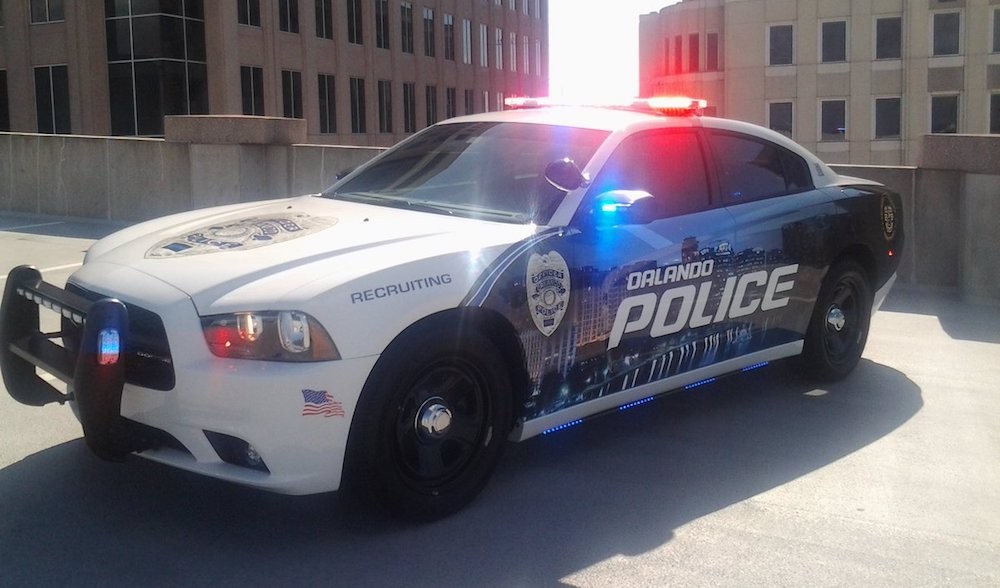 Orlando Police received four excessive force complaints in 2018. All of them were filed by Black males.

While 13 percent of the U.S. population is Black, FBI data from a 2012 report found that 39 percent of people killed by police while not attacking are Black. In Chicago, a Justice Department report concluded police are 14 times more likely to use force against young Black men.

Force, which includes punching and kicking, using a stun gun, pepper spray or baton, was used by Orlando Police around 380 times out of about 12,000 arrests last year. Four of those, according to an Orlando Sentinel investigation, may have crossed the line and resulted in citizens making excessive force accusations.

The Sentinel story, however, made no mention of the race or gender of the alleged victims, who are all Black men. Well, Black males – one is a 13-year-old boy.

In the case of the Black child, OPD Officer Neal Chase kicked the boy in the chest in May 2018. Chase was chasing after two vehicle burglary suspects, one of which was the boy. The boy stopped running and dropped to his knees before Chase kicked him in the chest, according to internal records, because the officer thought it "reasonable" to believe the boy could be armed or get up to run again.

Because the boy was in what's called a "submissive position," Internal Affairs suspended Chase for 16 hours. Chase fulfilled the suspension using his accrued vacation time.

OPD refuse to release video of kicking because of the boy's age.

One Black man complained after being tased from behind in a parking garage, after ignoring orders to remove his hands from his pockets. Another Black man who also ignored orders – the man was sitting on the ground and refused to roll over on his stomach – was tased while sitting down. Another Black man, after being handcuffed on suspicion of shoplifting from a Macy's, was struck by an officer's baton three times on the legs.

Tased for hands in pockets

In February 2018, 30-year-old Jawalyn Brooks, a Black man, would not leave a downtown Orlando parking garage. Police were called and arrived at the scene to find Brooks standing in a parking space with his hands in his pockets.

Brooks ignored police commands to remove his hands from his pockets. More officers arrived. One cop, Officer Neal Arnold, tasered Brooks from behind.

One boy was kicked in the chest by an OPD officer while he was in a "submissive position." tweet this
After three other supervisors cleared the body-cam footage, the fourth to see it passed it on to Internal Affairs with concern that the taser was used inappropriately because, although Brooks had his hands in his pockets, he was hardly moving otherwise and there were other police and security officers at the scene.

In the investigation, Arnold said he feared Brooks could have a knife or something similarly small in his pockets, and that he may have been goading police closer to him in order to attack. Internal Affairs agreed the threat was credible and didn't punish Arnold.

Brooks was charged with resisting an officer without violence and trespassing. Both charges were dropped after Brooks completed a pre-trial diversion program.

Sitting on ground while tasered

The officer, Cpl. Christopher Ehlers, chased Torain for a couple of blocks until Torain tripped and fell over a curb.

Ehlers, a few times, ordered Torain to roll over on his stomach. Each time, Torain did so but would turn back to face Ehlers while arguing that he had done nothing wrong. Just as backup arrived, Ehlers tased Torain.

Again, internal affairs investigated the officer's use of force against a suspect in a "submissive position." Ehlers said he used the taser because he thought Torain would attack him while he was the only officer there.

Investigators disagreed, finding the force was unnecessary and issued Ehlers a written censure. Torain was charged with resisting an officer without violence and possession of less than 20 grams of cannabis. He was found guilty of the drug charge but not convicted of resisting the officer.

Hit by baton while handcuffed

In July 2018, Iziaha Tawon Tisdale, then 20, was handcuffed and placed into an Orlando Police squad car for allegedly shoplifting around $450 worth of merchandise from an area Macy's.

Tisdale, when the officers arrived, had been fighting with Macy's loss-prevention staff. Then Tisdale fought with the police. Officers had to wrangle Tisdale using pepper spray before getting handcuffs on the suspect.

Tisdale was still resisting when police tried to put him in the squad car by refusing to put his legs in the car, which is when Officer Florence Vicil Anaya used her baton to hit him in the legs three times.

Tisdale was charged with felony retail theft, resisting arrest and battery on a law enforcement officer, but the Orange-Osceola State Attorney’s Office filed only misdemeanors. Tisdale didn't show up to a sentencing hearing, though, and a judge issued a warrant.

Sgt. Anthony Buffkin was there and said the force was unnecessary in subduing a suspect who was already handcuffed and putting up a bit of a struggle. Vicil Anaya said she used the baton to get Tisdale's legs off the door jam and into the car. Such a use of force is against Orlando Police policy. Internal affairs hit Vicil Anaya with a written censure.