When a show is billed as “Femme Top Energy!,” the intent is clear and unequivocal.

Kicking off the night was a solo set of experimental electronic pop by area artist Jün. Musically, their sound is minimal and green. But their performative style is born of art and the underground. It was the juxtaposition of an aesthetic confidence that intrigues with freak-glam splash and a voice that’s young, candid and discovering empowerment.

Similar, at least in setup, was Lambchop, an underground St. Pete electronic act and not Kurt Wagner’s revered alternative country band. In fact, their performance was less a demonstration of musical craft than a personality-powered live journey. After beginning like a group fitness instructor and leading the audience through some warm-up exercises, the rest of the set was essentially performance art and flair with some backing tracks.

Punk band Period Bomb, however, finally put the bloody exclamation point on the proceedings. One of the bolder broadsides on the patriarchy in recent memory, this Miami group first blew me away a few years ago in this very room. 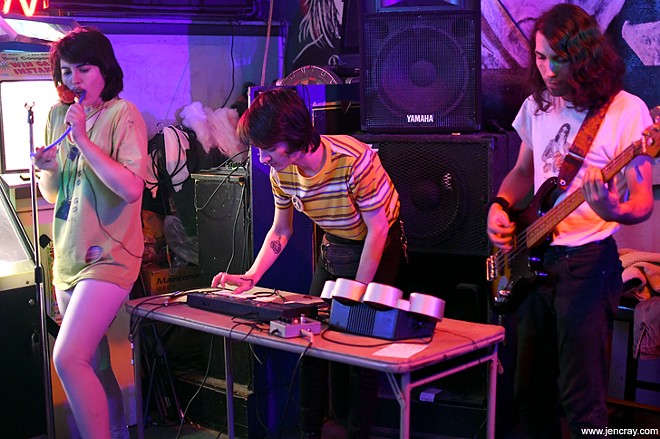 Period Bomb came looking a little different this time as a more electronic iteration, feeling at times like a feral Le Tigre. But their impact remains the same. It’s combustive and theatrical – art and assault in equal measure. Searing with as much point as provocation, Period Bomb are the embodiment of punk’s original spirit of resistance but recharged and armed for the 21st century battlefield. 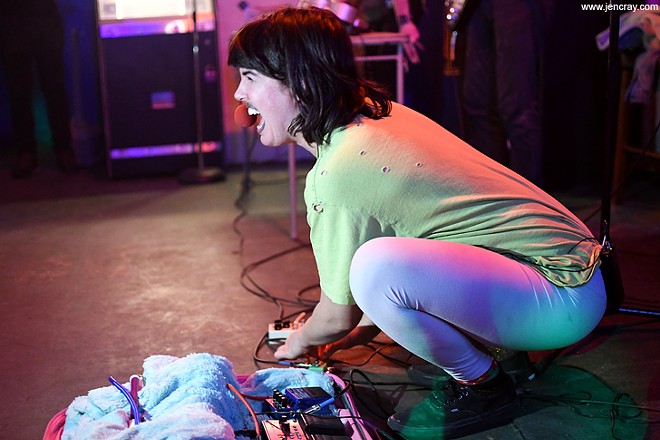 In all, the night was a display and celebration of the underground feminine voice. And like Cibo Matto said, viva la Woman!