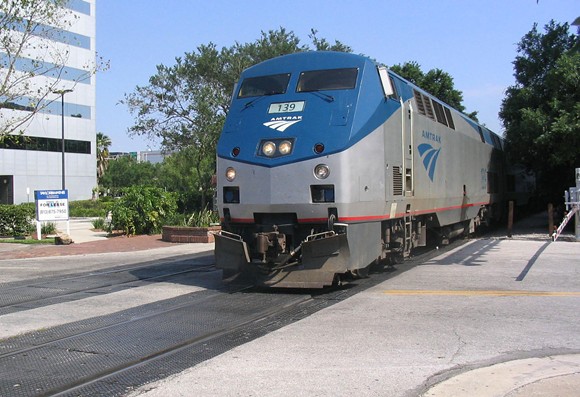 Florida Department of Transportation Secretary Kevin Thibault on Thursday will announce a statewide rail-safety initiative intended to curb injuries and fatalities on or near rail crossings.

The effort comes less than two weeks after a West Palm Beach woman and her two grandsons were killed when hit by an Amtrak passenger train at a crossing without gates or flashing lights in northern Palm Beach County.

An Associated Press report recently determined the Brightline passenger rail service in South Florida, which is being rebranded Virgin Trains USA and expanding into northern portions of the state, had the worst per-mile death rate of the nation’s 821 railroads.

A study of Florida’s passenger rail system conducted a year ago for the Legislature's Office of Program Policy Analysis and Government Accountability expressed concern that the state transportation agency wasn’t using its authority to regulate high-speed rail. The report suggested the creation of an independent regulatory body to oversee railroad safety in Florida; updating rules on state-of-the-art railroad crossings and corridors; requiring a multi-jurisdictional law enforcement effort on trespassing enforcement; establishing “harsher” penalties for people caught trespassing on grade crossings; and conducting a review of statewide suicide prevention activities.

The report suggested the creation of an independent regulatory body to oversee railroad safety in Florida. tweet this
For the upcoming legislative session that begins Jan. 14, state Sen. Debbie Mayfield, R-Rockledge, and state Rep. Tyler Sirois, R-Merritt Island, have reintroduced the “Florida High-Speed Passenger Rail Safety Act,” which in part would give the state Department of Transportation oversight of issues not preempted by federal law.

The proposals (SB 676, HB 465) would require the state to exert its authority regarding rail corridors and railway operating equipment, pedestrian and road crossings, fencing for high-risk corridors, and training for local emergency service providers.