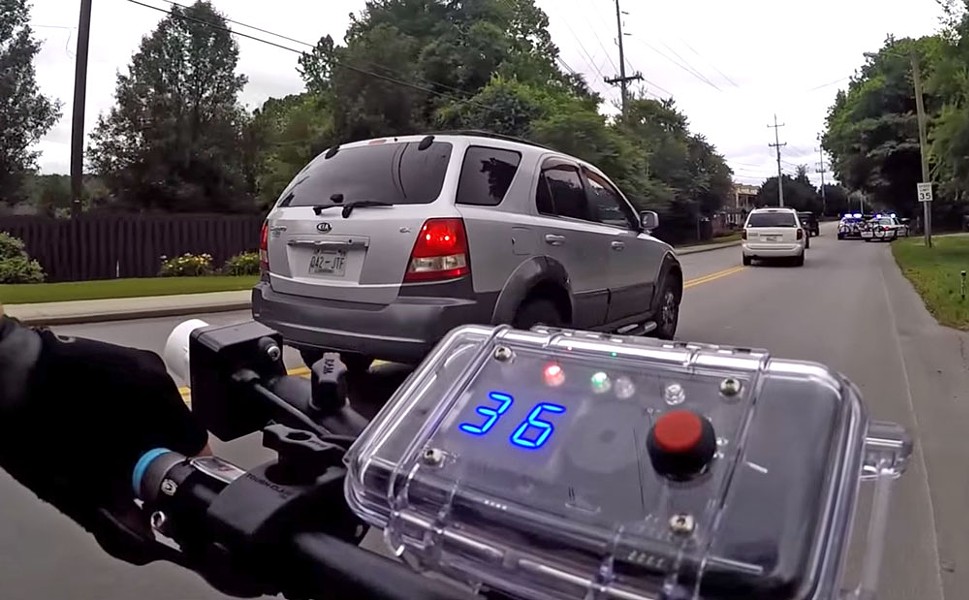 As of October, this year became the deadliest year for cyclists and pedestrians in nearly 30 years, with Florida named the deadliest state for people riding bicycles.

If that milestone wasn't uninviting enough to anyone thinking about riding their bike to school or work, Central Florida cyclists say the streets are also full of drivers intentionally scaring them.

There are times it’s intentional or feels intentional,” Mt. Dora cyclist Tracy Draper told WKMG News 6. Cyclists like Draper say motorists lose patience with cyclists, and – as if to teach them a lesson for daring to travel public roads by bike – drive up close to cyclists and zip past them for a scare known as "punishment passes."

There are other ways drivers allegedly try to send a message to bicyclists, like tossing lit cigarettes and trash at them.

Cyclists say motorists drive up close and zip past them for a scare known as 'punishment passes.' tweet this
To protect themselves, cyclists have begun strapping cameras to their bikes in the hopes of capturing footage of drivers being reckless. They hope video might convince local governments to better regulate shared roads and increase punishments to protect cyclists.

Cars, of course, can destroy human flesh pretty easily, in addition to burning fossil fuels and emitting toxins. Auto industry influence is why Americans rely on cars for transportation, even though cars cost a boatload to own and maintain. That means we live in a culture of burning through global resources in order to have personal two-ton-plus vehicles.

Motorists enjoy the convenience of driving directly to a location at any time at breakneck speeds, but the second people people get behind the wheel of a car, they sometimes get downright furious. And it seems to get worse every year.

When people talk about pedestrians being hit by cars, whether in casual conversation among civilians or in language used by law enforcement and news outlets, the pedestrian is often faulted.

Outside of actually hitting someone, scaring them into thinking that you might – that you could possibly end their life or horribly alter it – is truly one of the shittiest things you can do behind the wheel of a car.

As if burning the earth for the damn things isn't enough.