Conway residents say a thief is stealing their neighborhood peacocks 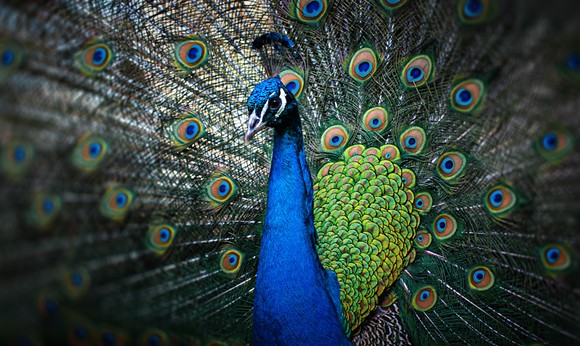 Robinsdale is for the birds.

Residents of the Robinsdale subdivision in Conway say they like the peacocks that roam their neighborhood, and they're calling foul on people trolling the area and taking the colorful, territorially aggressive birds away.

"I'm ticked off," said resident Joel Buntin to Spectrum News. "I will be glad to share my opinion with them if I see them again," he added. He and other Robinsdale neighbors say they've seen men in a red pickup truck stopping in random yards to nab peacocks with a long pole with a net on the end, "like a shrimping net," said the visibly upset Buntin.
Peafowl are native to India, Southeast Asia and Central Africa, not Florida, but the state has a large and growing population of the bird. All it takes is a few members of any insect or animal species to be introduced into an area to have an infestation on your hands.

That's if you don't like the bird. If you do, as some in Conway clearly do, it takes just a few peacocks to have the animals become a charming, but still habitually violent, feature of the area.

There were similar claims out of Coconut Grove last year. One resident there caught video of a man getting out of the passenger side of a red truck and chasing after peacocks in a driveway.

Robinsdale resident David Pittman told Spectrum he saw the bird bandits, too, though he was far less intense.

"I mean it was pretty funny," said Pittman. "They were actually just running through people's yards trying to chase [peacocks]."