Band of the Week: Flying Limbs 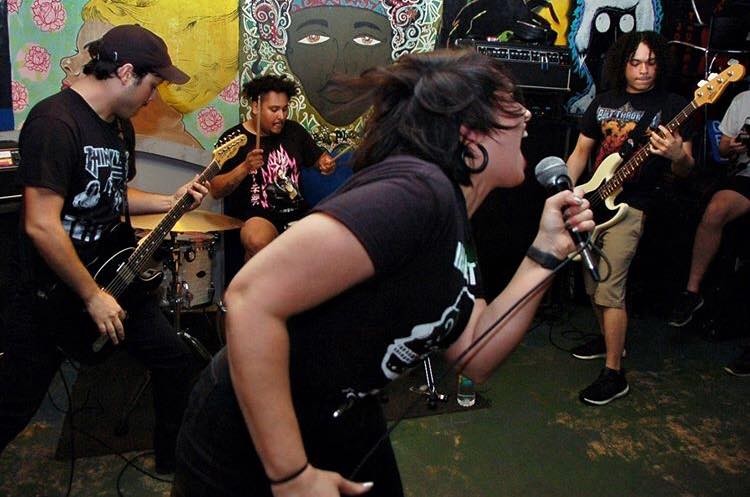 Welcome to Orlando Weekly's "Band of the Week." Every week, we highlight one of our favorite local bands. This week, we're pleased to bring you Flying Limbs.

Who's in the band?
Tio Yehye, Houston, D-man Soul, Scoot, and DJ Hellfire. All play instruments recognized in the rock ‘n’ roll genre.

When did the band form?
Some years ago, as a final crawl from a dumpster fire. Thank you.

Currently available releases:
They recently won a legal battle for their catalog to be erased. The action is still pending. Streaming fosters mediocrity, so they will not endorse it.

Websites:
Limb.fun is the only relevant channel. As we stumble into the roaring ’20s, it is only proper to recognize that organic reach is wheezing its terminal sighs while paid engagement mugs suckers; rendering social media irrelevant.

Describe your sound in five words:
Square pegs through round holes

Which local band is your favorite one to play a show with?
Gillian Carter is a solid investment.

What description gets used for your band that you would most
like to correct people on? Why?
Grindcore. Grindcore is referential. Boring.

What’s your favorite thing about being an Orlando band? What's your least favorite? Why?
Orlando can lend itself to rose-tinted sentiments but, more consistently, the city augments disappointment.

Any big news to share?
Limb Solutions: posthumous parts for general consumption. When they’re not doing that they work day jobs, as civilians should. Thank you.

The Heard flying limbs band of the week