Although not a new band, Zeta have been making hella waves recently. On the scene, word-of-mouth on them has been hot for a while. More recently, though, they’ve also been making the news. They’re South Americans looking for the American dream, and that automatically makes them poster children of the times, with all the immigration bureaucracy drama that implies.

Venezuelan transplants now based in South Florida, Zeta aren’t originally from here. But given our particular cultural gumbo, Florida’s pretty much the perfect setting for their sound. With a dazzlingly prismatic vision that churns and torques like a proudly tropical storm of post-hardcore, prog, psych and Latin music, they’re probably one of the most regionally representative bands in Florida. The skill and flair with which they do it, however, is what makes them one of the most distinctive. Riding the recent release of their heady and complex new album Mochima, Zeta came to town in full regalia with an arsenal of instruments and ambition. Live, they’re a turbocharged rhythm machine with principal drummer Eduardo Sandoval at center stage and an array of percussion extending out to other players. Around that thundering foundation, a stunning latticework of guitars and vocals weaves, dances and dives.

It amounts to an expansive tapestry that’s blazing and dynamic. Bursting with rock, art and culture, they’re swimming deep in some original waters with bold work that could position them to be the next great successor to the Mars Volta crown. Politics, well, you know how dumb that shit can get. But here in Florida, at least there’s already artistic sanctuary for the incredible Zeta.

For the in-state run of their album release tour, Zeta really surrounded themselves with greatness and maxed out the marquee. The result was a brilliantly eclectic bill that’s heavy on the street cred and nicely illustrates the powerful independent ties between the band, Florida and the national vanguard right now.

Fake Four boss and flagbearer Ceschi was probably the biggest national name on the bill. This time as with last year, it’s always a moving, engaging and groundbreaking live display whenever he performs.

From emo-folk to hyper-technical rap, Ceschi's a polymath who pushes hip-hop as far as anyone has. And besides recently signing Orlando MC E-Turn to his esteemed label, the man continues to proudly show his local love, this time bringing up local hip-hop legend Swamburger up on stage with him.

And besides this and this in just 2019 alone, what more can I say about
Florida supergroup and fellow genre-busters Hurricane Party? They’re just an unchained riot of style, groove and humor. 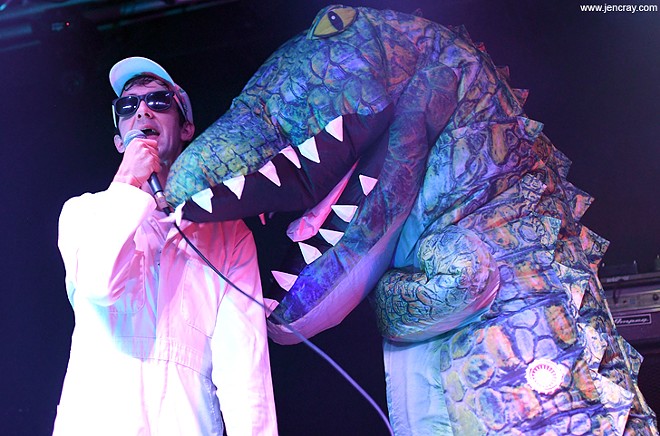 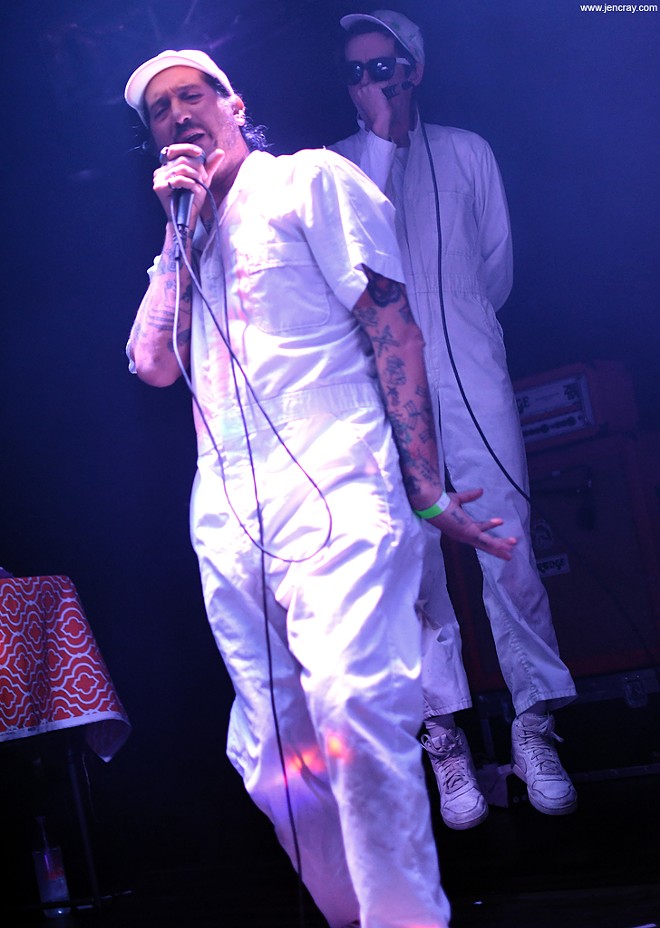 Also bringing excellence was Fake Four labelmate Andy the Doorbum. Despite the casual, down-to-earth name, this L.A. act is anything but. It’s a one-man show that merges gothic folk with pure theater, and it’s a marvel of performance.

In full cloak and headdress like some ancient pagan nightmare, he lurked in the pitch dark, singing like a crooner of doom. With imaginative use of stark little spotlights in his palms, he revealed his demon face in dramatic peeks. And in moments of climax, he cut a stunning figure hovering up near the rafters like a bellowing specter.

An absolute triumph of powerful minimalism and low-tech stage genius, an Andy the Doorbum show is a model of dark, riveting artistry.

In case you weren’t counting along, that makes four headline-worthy acts on a single bill. Do the math and it equals one legendary lineup.