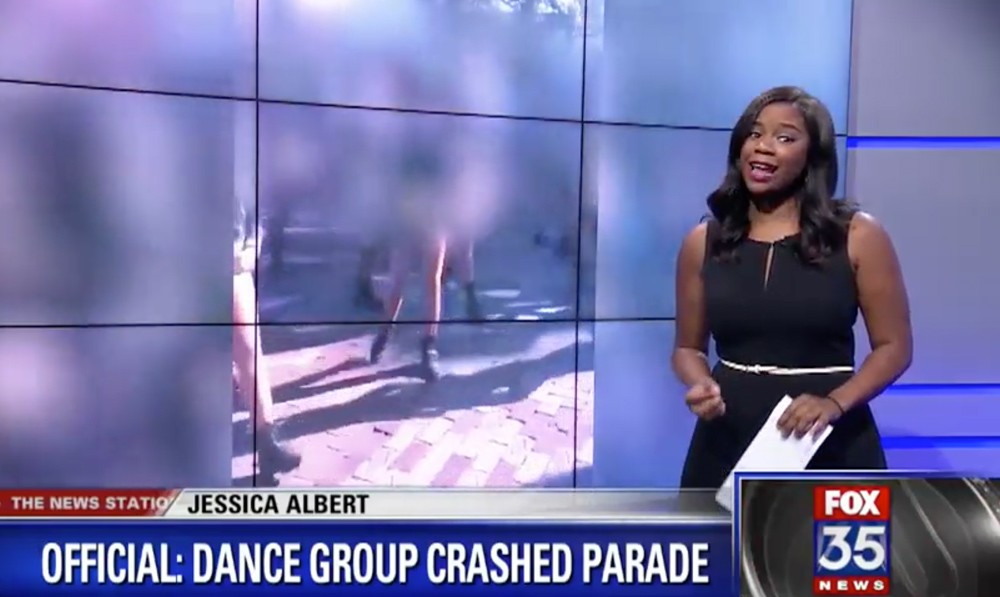 The Winter Garden Christmas Parade made its way down Plant Street Saturday, full of exclusionary, Christmas-themed floats (wo)manned by local organizations and city and law enforcement officials – and a surprise appearance by a local dance group that hadn't registered for the parade.

Unity and Diversity Dancers, a primarily Black Orlando-area dance troupe, evidently felt left out and joined in. But, as reported by Fox 35, City Manager Mike Bollhoeffer says the group did not register for the parade before joining the procession.

Maybe actually spelling out words like 'unity' and 'diversity' while writing a story about a city-sanctioned Christmas event would distract people. click to tweet
Parade-goers recorded the scene on video. Some footage shows young Black dancers in black outfits simply making their way down Plant Street. They don't look dissimilar from the quite Black Ocoee High School spirit squad.

According to Bollhoeffer, the group played music with bad language. Fox 35 did speak with a representative from the group, who declined to speak with the station on camera and did not clarify if she had registered or attempted to register the group for the parade. She did acknowledge that music with profanity was played, but that the music was played by mistake.

No one from the group has immediately responded to request from comment from Orlando Weekly.

In the Fox 35 story, the group is only referred to as "UDD." Maybe actually spelling out words like 'unity' and 'diversity' while writing a story about a city-sanctioned Christmas event would distract people from the righteous scolding Bollhoeffer unleashed on the group.

"I think it's probably one of the lowest things I've seen someone do, to crash a Christmas parade. Go into someone’s parade playing music with all sorts of profanities," Bollhoeffer told the station, adding he thought the display to be doubly disgusting given the apparent young age of the UDD members.

A slideshow from the Orange Observer suggests an otherwise regular parade. So mainly normal, singularly Christmas wishes from Winter Garden.