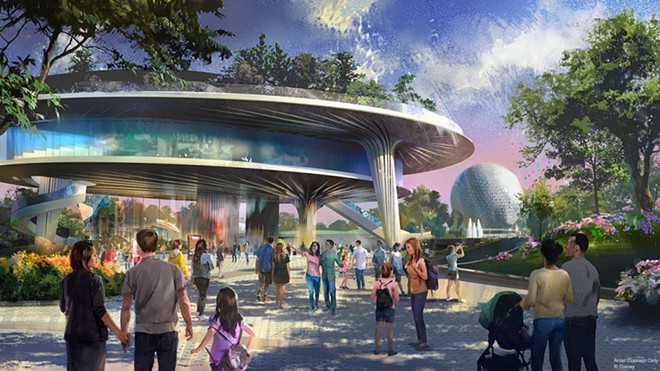 The most anticipated theme park land in recent memory has now fully opened at Disney’s Hollywood Studios. Beyond a few last items – like the upcoming Mickey and Minnie's Runaway Railway ride and a new theater to play Mickey Mouse shorts in – the updates at Hollywood Studios are mostly done.

Star Wars: Galaxy’s Edge, with two anchor rides, is the final major piece of a multi-year refurb for Hollywood Studios Well, at least it’s the final announced piece of the park’s reimagining. Officially, Disney is now set to focus on Epcot, with one of the most extensive updates ever to any of their Florida theme parks and possibly only second internationally to the still in progress overhaul happening at Disney California Adventure. 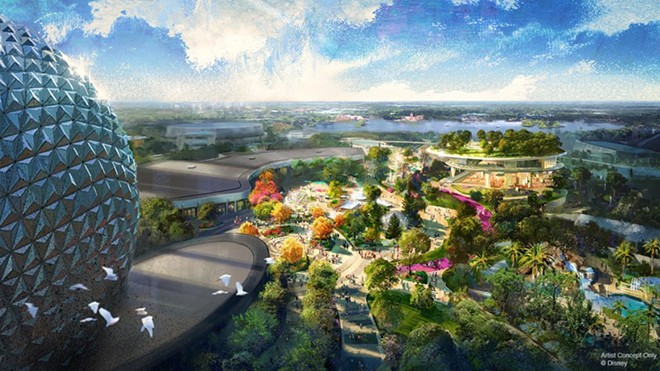 Many of the details of Epcot’s top-to-bottom refurbishing have already been announced by Disney but, moving forward, the company still does have plenty of unannounced plans in the works for the other parks as well. Much of the focus around Walt Disney World has been on the park's 50th Anniversary celebration, but with 2021 quickly approaching, Disney is already focused on plans well past the golden anniversary.

On Bay Lake, Disney has already begun construction on Reflections – A Disney Lakeside Lodge, an upcoming DVC resort that replaces the long-closed River Country water park. Drawing inspiration from two nearby resorts, Wilderness Lodge and the Contemporary, Reflections will be an updated nature lodge with a focus on the lakeshore. It is scheduled to begin welcoming guests in 2022.

At the Magic Kingdom, the only theme park to actually be celebrating its 50th anniversary in 2021, insiders have been pretty silent on upcoming projects beyond TRON Lightcycle Run and its corresponding Tomorrowland improvements. A few improvements, like a new nighttime show in honor of the 50th, are likely, but it’s unclear if those will continue after the anniversary celebration ends in 2022.

There have been rumblings that the previously canceled live theater just off of Main Street may be back in the works. On the opposite side of Main Street, behind Adventureland, sits one of the last remaining empty plots at the park. That plot has been eyed for an expansion for some time, most recently as a Moana themed coaster.

The coaster project was canceled when TRON was approved. Now, industry insider Jim Hill confirmed that Disney is looking at the plot for a potential high-end boutique hotel. The concept of a high-end Magic Kingdom-adjacent hotel has been around since before the park opened, but this location is a new one with previous proposals placing the hotel, ironically, on the plot where TRON is now located. The Adventureland resort, as it is currently being proposed, would include a restaurant with firework views and its own gate into the park. Beyond this extremely blue-sky proposal, there are few other significant projects rumored to be in the works for the park.

Epcot has plenty beyond what has been announced, but many of those projects are contingent on the success of the already announced plans. The previously rumored entrance-gate hotel, while not wholly canceled, now seems to be less certain, likely due to similar Magic Kingdom proposal that is now being looked at. A World Showcase hotel is also not entirely dead, but internally, there seems to be some concern about possible overbuilding of on-site DVC and hotel rooms. A survey that leaked earlier this year showed that Disney was looking at the idea of standalone DVC resorts, either in the Bahamas or possibly as a Disney branded ski lodge. There is also the Star Wars hotel, Star Wars: Galactic Starcruiser, that will open in 2021. That hotel will be exclusive to those who partake in multi-day, fully immersive Star Wars adventures.

Disney also seems to be warming up to the idea of more third-party hotels on property. Combined the Disney Springs Resort Area, Swan and Dolphin, the Four Seasons, and Flamingo Crossings together already have a surprisingly large number of third-party hotels, but according to some insiders, Disney might be looking at shifting some of their own resorts to third party operators, though concerns with unions may ultimately stop this from happening.

Disney still has plenty of unannounced plans in the works for the other parks as well. tweet this
While no major new hotels are likely any time soon, improvements to the existing hotels are extremely likely, with a rumored expansion of Skyliner already well in the works.

Hollywood Studios has at least one new land rumored to be in the works. The two strongest-rumored themes are Indiana Jones, or one more Pixar property. A Pixar-themed land, similar to California Adventure’s Pixar Pier, has been floated, but with the land in California not being as well-received as expected, it is believed that a smaller East Coast version of the far more successful Cars Land is now back in the running for Hollywood Studios.

Animal Kingdom seems to have the most in the works with yet another update for Rivers of Light, expected to happen within the next year or so. Dinoland also seems not long for this world, at least in its current state, with some type of update to the area happening within the next few years. Construction walls could possibly be going up around the land as soon as mid to late 2020. It’s still unclear if this update will only include the Chester and Hester's Dino-Rama mini-land or if it will include all of Dinoland.

A fifth Indiana Jones film is scheduled for theatrical release in July 2021. The success of that film might be assessed before Disney decides to move forward with the previously rumored Indiana Jones land, which has been rumored for either Dinoland or a section of Hollywood Studios. Dinoland might also finally be getting its wooden coaster that was cut from the original plans for the park. The coaster, technically be a hybrid coaster, would be Disney World’s answer to multiple new coasters currently being built by Disney’s competitors, including Busch Gardens, the park that Animal Kingdom was built to compete against. Islands of Adventure, SeaWorld, and Busch Gardens all have roller coasters now under construction.

With Pandora and Dinoland being more of the focus in the park, crowd flow, especially in Asia and Africa, has been of some concern. Each of those two lands is rumored to be getting its own kid-friendly Fantasyland style dark ride. The dark ride rumored for Africa was previously believed to Lion King-themed though it is unclear if that project is still moving forward. The one for Asia is thought to be a boat ride, possibly the same one once rumored to Epcot, which was initially rumored for Animal Kingdom.

Pandora has a plot set aside for a third attraction, but with the second film in the Avatar franchise being pushed back until the end of 2021, rumors point to Disney possibly looking to use that plot instead for a sit-down restaurant. This would allow for one or more restaurants in other parts of the park to close, not counting the Rainforest Café at the entrance of the park. That café is far less popular than its sister restaurant at Disney Springs, and the brand is not the draw it once was. Rumors of its demise date back to the very opening of Animal Kingdom, so athey should be taken with a grain of salt.

Flamingo Crossings is finally being realized with four hotels, a shopping village, and College Program housing all now under development within it, but for many that area isn’t even viewed as part of WDW and access to it, especially via WDW transit, is still very limited.

The low crowds at the initial opening of Star Wars land taught Disney that fans are willing to postpone their plans if something bigger is coming later on. That might why so much of the post-2021 plans have yet to be shared, except for those for Epcot where major construction in highly visible areas is required.

The other reason for this hesitation might be due to the upcoming companywide leadership changes. Disney CEO Bob Iger will officially retire in December of 2021. That retirement will cause multiple shifts across Disney, some of which are already happening. The early lukewarm reviews of Star Wars at Disneyland also mean that Chairman of Parks, Experiences and Products, Bob Chapek, might be leaving the company sooner than many expected. Already not very popular with many fans of the parks, Chapek has had a rough year, giving an interview in which his remarks about IP versus original attractions were poorly received with multiple news outlets bringing attention to how cast members under his leadership are treated. This has tarnished the image of someone who many business investors once viewed as a sure bet to be the next CEO of the company.

More recently, Kevin Mayer has been eyed as a likely contender for Iger’s position. As Chairman of Direct-to-Consumer & International division Mayer oversaw the recent rollout of the Disney+ streaming platform. The MIT and Harvard graduate was involved in many of Disney’s most important recent acquisitions including Marvel, Pixar, Lucasfilm, and Fox. Mayer has been with Disney since 1993, except for a short stint where among his quick procession of jobs, he served strangely enough as the CEO of Playboy.com and the CEO of Clear Channel Interactive. Mayer’s leadership style and willingness to try new things is very different from that of Chapek, meaning that the two would possibly manage the parks, and the budgets, very differently.

With a new land like Galaxy’s Edge reportedly costing more than a billion dollars, it’s not surprising that Disney is hesitant to move forward with any significant new investments until future leadership is confirmed. That, along with concerns of overbuilding, have the resort in a bit of a holding pattern for investments beyond those already announced. With Universal Orlando spending billions on its upcoming Epic Universe park slated to open in 2023, Disney can’t remain it its current limbo for too long, or it risks losing even more market share; in 2016 the Themed Entertainment Association's annual report stated that attendance estimates showed Disney's share dropped below 70% for the first time, while Universal's rose to 25%.