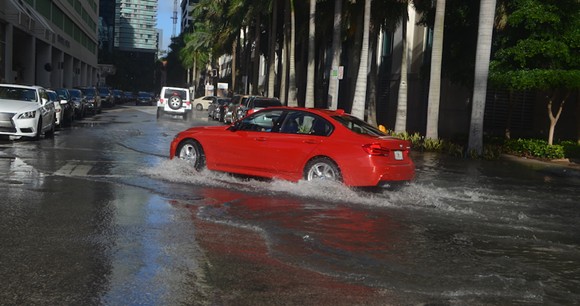 A request by Gov. Ron DeSantis to establish a statewide office focused on the impact of rising sea levels was approved Monday by a Senate committee.

The Infrastructure and Security Committee backed a proposal (SPB 7016) that would create the Statewide Office of Resiliency within the executive branch. The proposal also would establish a Sea-Level Rise Task Force to make recommendations about Florida’s 1,350 miles of coastline and the relatively low elevations of the state that are vulnerable to coastal flooding from sea-level rise, storm surge and heavy rainfall.

Committee Chairman Tom Lee, who credited DeSantis with the “bold pivot in public policy,” said the state needs to know where the coastline will be as plans advance for roads, bridges, residential developments and other infrastructure. “We’re putting billions of dollars into the infrastructure of the state every year,” said Lee, R-Thonotosassa.

“It seems like we ought to have some sense and some indication of where we might be relative to our current tide levels 50 years from now or 40 years from now.” DeSantis, who in August named Julie Nesheiwat as the state’s first chief resilience officer, called for creation of the statewide resiliency office.

“In the U.S., sea level rise and flooding threaten an estimated $1 trillion in coastal real estate value, and analyses estimate that there is a chance Florida could lose more than $300 billion in property value by 2100,” the staff analysis said.