With Eugene Chadbourne topping the bill, there was no way this was gonna be just another rock show. No, this was a congregation of transmissions from the edge. Let’s get warped.

Over a winding, restless career four decades and counting, Chadbourne has turned over practically all the major cornerstones of modern music – rock, roots, jazz, you name it. And doing it in his singular and curious way has etched him in lore as an underground titan in the worlds of avant-garde, jazz and left-field music. All this is to say that it was anyone’s guess as to where his show would take us, and that’s a nice prospect. 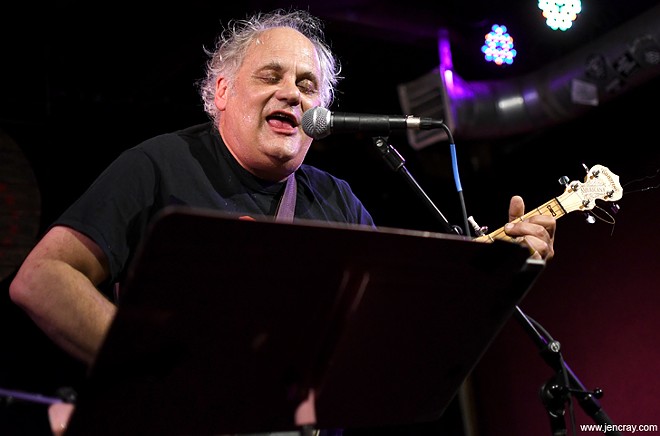 What ensued was a solo performance that was as much personality as craft. His set was packed with cover songs, though that sounds way more conventional on paper than it actually was. This is Eugene Chadbourne we’re talking about. 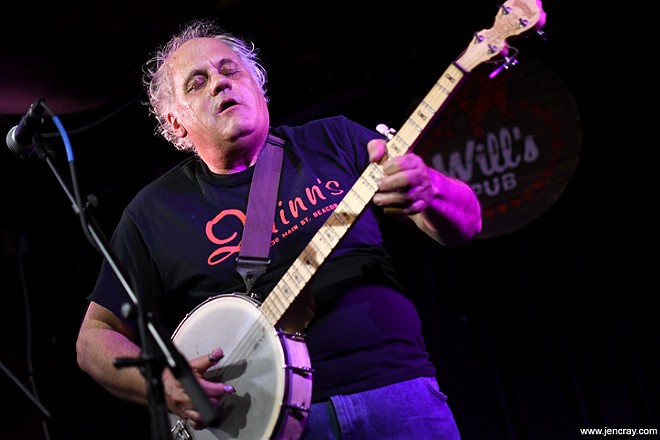 In fact, apart from an easily discerned Sabbath riff, I got through about a quarter of his set, transfixed by his signature stylings, before a friend snapped me out of my trance and clued me to the fact that he was actually doing a bunch of remakes. But Chadbourne’s takes are so unpredictable and individual that he practically makes the songs his own. From then on came his personal bending of other songs by the likes of the Zombies, Hendrix, Nick Drake and Blaze Foley.

Although he’s a noted player of guitar and banjo, what really distinguishes Chadbourne is his blend of technique and character. In the opening banjo stretch of his performance, he turned songs into transcendental hill music that simultaneously charged with bluegrass precision and shimmered like abstract, rippling waters. When he moved over to electric guitar, things kicked from hard country twang on out to something like Daniel Johnston turned guitar hero. It’s the magic when skill of this magnitude is put in service of a beautifully oblique mind. 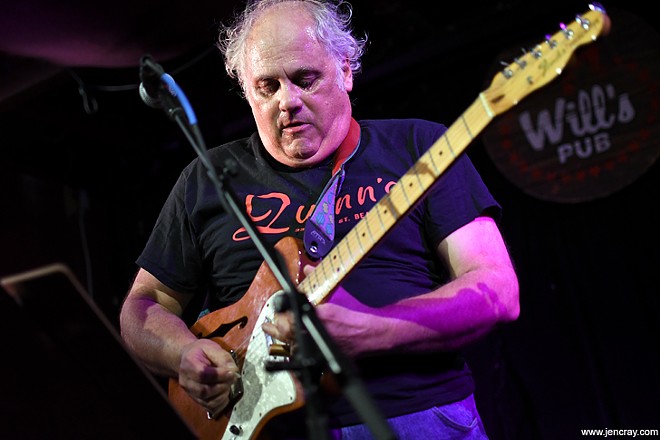 Immediately preceding was Florida improvisation band Bongus, and this particular quartet’s take on free jazz was a dual sax situation between Orlando notable Jim Ivy and Tampa Bay’s Zachary Hickerson, who was a bleating powerhouse when he played here with the amazing Clang! back in October opening for B Boys.

Opening the night was Jonas Van den Bossche, a notable local mover on the avant-garde scene as both an artist and co-owner of art-music house-show space the Dining Room. 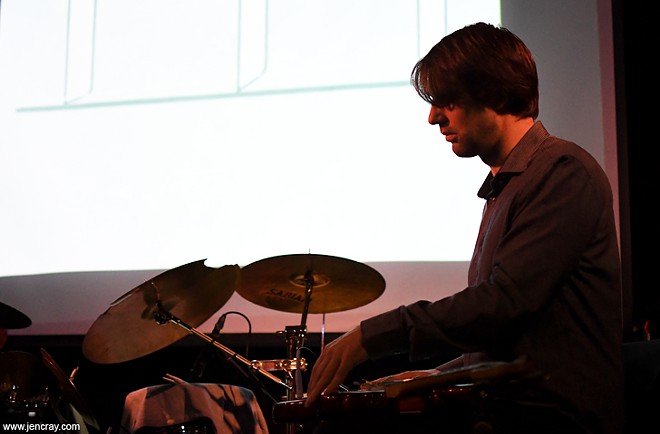 I’ve seen Van den Bossche perform before at his home venue opening up for percussionist extraordinaire Tatusya Nakatani. But at volume in a pro venue, his outer-limits guitar expedition work is much more duly enveloping.

Rather than guitar of any traditionally melodic or rhythmic design, Van den Bossche stretches its physical and acoustic possibilities, drawing liberally from drone and noise. In an uninterrupted spell that blossomed from starkness to storm, he managed to explore without wandering to deliver a powerful and absorbing performance.