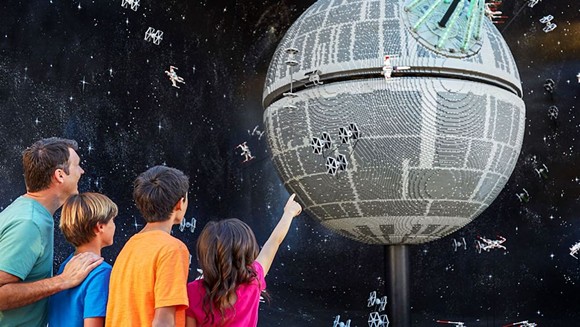 At Walt Disney World, the anticipation around Rise of the Resistance was met with nearly unanimous praise when it opened earlier this month. But while Disney has been preparing for their new Star Wars land rollout, another theme park chain has said goodbye to the franchise.

This is the first significant Star Wars investment for Disney Parks since Disney purchased Lucasfilm, the production company behind the Star Wars franchise. Prior to that 2012 purchase, Lucasfilm had made a number of agreements for theme park attractions, most notably Star Tours at Disney. But in 2010, Legoland announced a multi-park deal for Star Wars-themed mini-lands adjunct to their more traditional mini-lands made up of iconic buildings, both fictional and real, built out of LEGO bricks.

Unlike Disney – which strangely opted for a Star Wars land based on an entirely new planet fans previously never even knew existed within the Star Wars universe – the Legoland mini-lands included iconic scenes from the films and animated series. By the end of 2012, Star Wars could be found at five Legoland parks stretching from California to Denmark.

While the contract between Lucasfilm and Legoland is not public, it’s believed that it is a ten-year contract, as is typical for the industry. That would mean the original contract will expire next year.

Disney is known for being far less friendly than most with licensing deals, as is witnessed by them shutting down viewings of Fox films like Die Hard and The Princess Bride at independent theaters. With Disney now going all-in on their own multi-billion-dollar Star Wars investments, they weren't too keen on having the second largest attractions company in the world with their own Star Wars attractions.

As of now, Legoland has yet to confirm what will be replacing the Star Wars mini-lands.