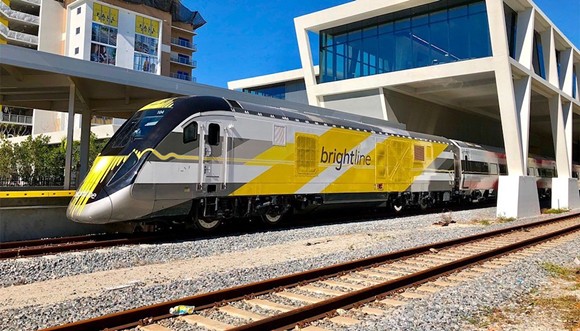 Some long-awaited news about Walt Disney World and Virgin Trains USA, formerly known as Brightline, is nigh as the two are in talks for a train stop near or on Disney property. According to a Sun-Sentinel report, the discussions are part of talks for a proposed Tampa stop.

There have been no definitive plans, but Virgin Trains has previously been tight-lipped about adding a Disney stop, in part to leverage what little element of surprise they had. In a statement, Disney World officials said their resorts are an obvious choice for a rail station between Orlando International Airport and Tampa.

Nothing is formal, but both companies have agreed to explore the Disney train stop. Michael Cegelis, Virgin Trains USA's executive vice president for infrastructure, told local road officials that the company's discussions with Disney are in a "rather advanced state now," according to the Orlando Sentinel.

According to Federal Railroad Administration data compiled by the Associated Press, mile for mile, Florida's Brightline is the deadliest train line in the entire country.

Virgin Trains says they have raised $1.75 billion in bond sales for the expansion between West Palm Beach to Orlando. On Dec. 10, the Boca Raton City Council unanimously approved their stop along the line.

"We are continuing to explore the possibility of building a station on Walt Disney World Resort property, which we believe will help transform the region," said Virgin Trains senior vice president Ben Porritt.

Considering Virgin Trains really needs a WDW stop, and Disney usually gets what it wants, negotiating a stop at the Mouse House must be a lot of fun for the train executives.