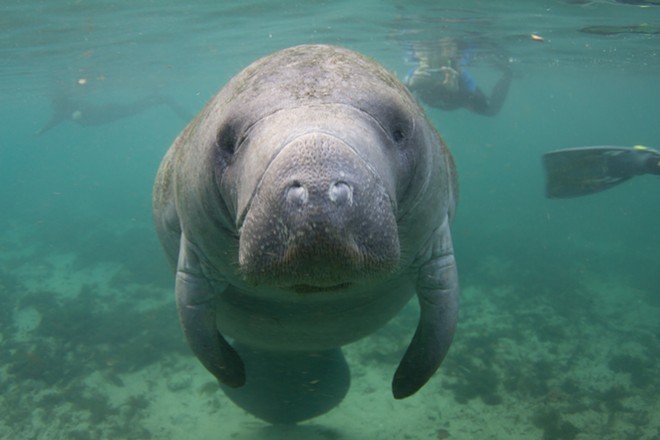 2019 was a bad year for manatees in Florida, to say the least.

According to preliminary data from the Florida Fish and Wildlife Conservation Commission, boat strikes have killed 129 manatees through December 13 of this year, which is a new record. Despite having a couple more weeks to go in the year, Florida has already passed 2018's record of 125 manatee deaths by boat.

In total, 545 manatees died in Florida waters so far this year. Natural causes were the leading source of death, claiming 230 manatees. But things like cold stress (53), and perinatal death (72), also contributed to these numbers.

Lee county has had the most, with 115 manatee deaths this year, 25 of which were killed by watercraft. In the nearby Tampa Bay area, 16 manatees died because of watercraft collisions last year.

It’s tough to say exactly why boaters are hitting so many manatees. However, Florida is the third most populated state, it doesn’t require a boating license to operate most watercraft, and Florida’s manatee population has more than doubled in the past 20 years.

Because of this population boom, the Department of the Interior reclassified manatees from endangered to threatened in 2017, citing habit improvements.

Florida wildlife officials counted 5,733 manatees this year during its annual winter survey, though officials believe there are as many as 6,300 Antillean manatees spread over a much broader range, from the Mexican Gulf coast to northern Brazil and the Caribbean.