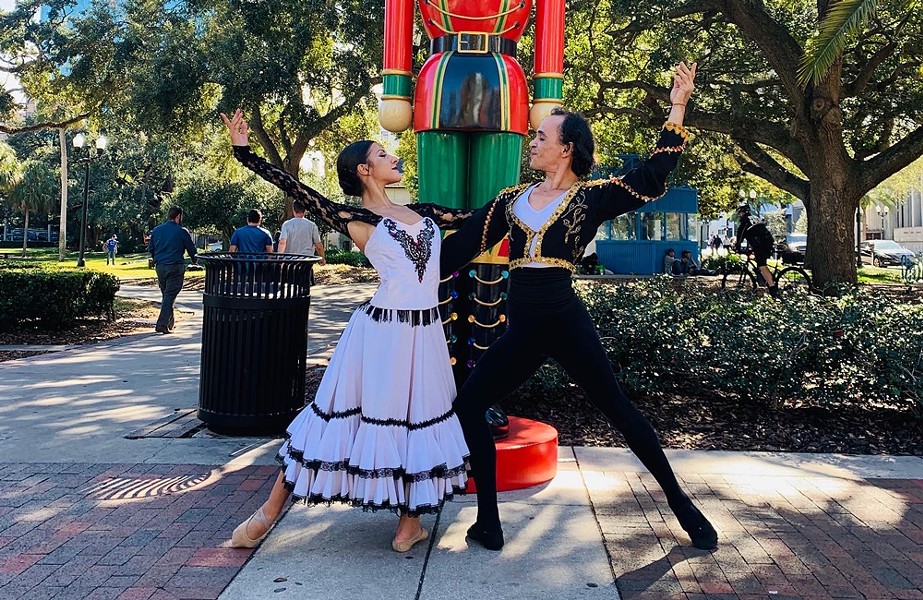 If you thought Black Swan was stressful, imagine trying to stage a public ballet performance one night earlier than you've been advertising for months – and your cast includes children.

That's the situation Russian Ballet Orlando is in, as they've had to reschedule their Lake Eola performance of The Nutcracker at the Walt Disney Amphitheater, due to heavy rain predicted for the weekend.

The show – now scheduled for Friday – is completely free, with seating starting at 6 p.m., and the performance at 7:30 – don't show up on Saturday, or you'll likely get drenched all alone.

The Nutcracker is, of course, the timeless story of a little girl named Clara and her Christmas Eve adventure to the Land of Sweets. First performed in Russia in 1892, the two-act ballet features music composed by Tchaikovsky, including popular selections "Dance of the Sugar Plum Fairy" and "Waltz of the Flowers." The story includes the infamous Rat King and his army.

None of this would be good in the rain.

The annual performance at the Lake Eola amphitheater has become a much-loved tradition over 19 years for an entire generation of Orlando families.

"The holiday season wouldn’t be the same without our production of The Nutcracker," said Russian Ballet of Orlando artistic director Katerina Fedotova. "Our dancers and our community always look forward to the wonderful music, gorgeous costumes, and festive spirit."

It's a good thing they were able to move it. The earlier date may throw off enough people to actually get a chair, since seating usually fills up quickly each year. Find out more information on the event's Facebook page.