Some good news for Bull & Bear Steakhouse, a standout in the ultra-competitive Disney restaurant arena. They were recently named among the Top 100 Restaurants in America for 2019 by OpenTable.

Located inside the over-the-top luxurious Waldorf Astoria Orlando, Bull and Bear has been recommended by 92 percent of 2,027 reviewers on the site, as both a romantic spot and a place for special occasions. Really special. The 32-day dry-aged Tomahawk ribeye, more than enough for two, is $145.

As far back as 2015, Orlando Weekly called Bear and Bull one of "the six places to buy steak and eat steak for Father's Day," and earlier this year, the steakhouse was one of 11 chosen by AAA within the Orlando area for its prestigious four-diamond rating.

OpenTable also named another Orlando hotel restaurant, Cafe Osceola at Rosen Shingle Creek, as one of the nation's most-booked restaurants for Christmas. 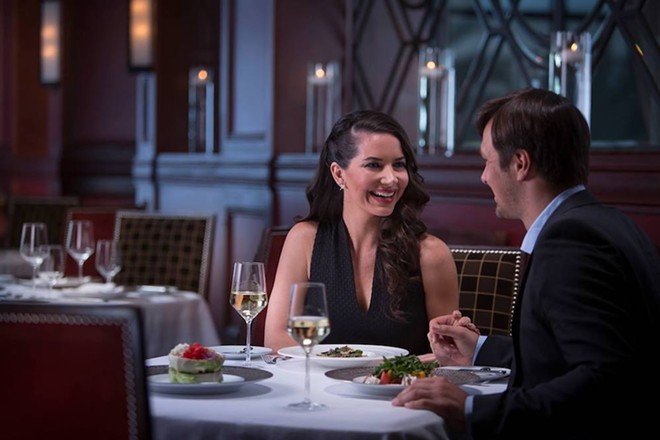