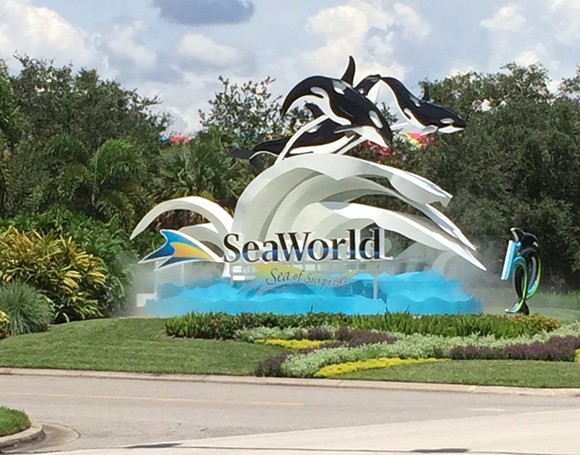 A former SeaWorld exec just joined the company that was at one time rumored to be buying SeaWorld. When Joel Manby abruptly resigned from his CEO position at SeaWorld Parks and Entertainment in February of 2018, the company elected Chief Parks Operations Officer John T. Reilly as interim CEO.

Many assumed that Reilly would eventually be tapped to be the CEO, due in part to the company’s stock climbing 63 percent under his watch. But after a year at the helm, the Board of Directors instead found an outsider, opting for Carnival Cruise Lines' chief operating officer, Gus Antorcha. Reilly was moved to chief operating officer, and then a month later he left the company, where he had spent the last 33 years. 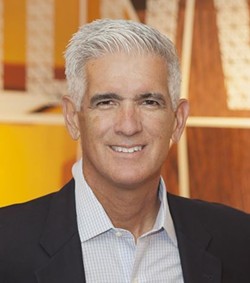 In the proceeding months, nearly every single executive at SeaWorld left, with Antorcha announcing his resignation in September. Antorcha, who is now back at Carnival Cruise Lines, stated that the resignation "was due to disagreements over the Board’s involvement in the decision making at the Company."

Last month, SeaWorld announced its fifth CEO in less than two years, Sergio Rivera, who comes from a background in timeshares and hotels and, prior to that, as president of the Americas for Starwood Hotels and Resorts. But it’s still unclear how much Rivera will actually be allowed to lead.

Since 2017, it’s been clear that Scott Ross of Hill Path Capital has been calling the shots at SeaWorld. Ross, who was previously involved with buyouts of Chuck E. Cheese and Great Wolf Resorts while at Apollo Global Management, has a record of making huge sums of money from his family entertainment-based investments. His departure from Apollo was a bit oddly timed, just over a year after rumors of a possible SeaWorld buyout by Apollo. At the time his departure was chalked up to Apollo restructuring its compensation program.

After founding his own investment firm, Ross returned to the rumored deal that Apollo never completed. By 2017, Hill Path was quickly gobbling up shares of SeaWorld. Then, with Chinese investment company Zhonghong collapsing, Hill Path was able to become the largest shareholder of the Orlando based amusement park company. By mid-2019, Hill Path owned nearly 35 percent of SeaWorld’s shares. There were clues prior to Antorcha’s sudden departure and clear statement about the board’s control that, for all intents and purposes, the Ross-led board was calling the shots. Multiple stories made their way through the industry of how Ross was micromanaging the company. Public interest and rumored buyout offers for SeaWorld’s holdings were never approved by the board, where Ross is Chairman. By the beginning of 2019, it was becoming clear that Ross had something else in mind. Back at Hill Path, the investment firm that Ross helped found, one of the other partners looked to be the answer to what was in the works. Last year in a private Facebook group focused on the attractions industry’s more detailed inner workings, industry reporter Joe Kleiman began indicating that he had been uncovering connections between Hill Path and a European park operator, Parques Reunidos, where Richard Golding, a Hill Path partner, was serving as chairman of the board of directors. Golding had previously served as CEO and a member of the Board at Parques Reunidos between 2003 and 2014. 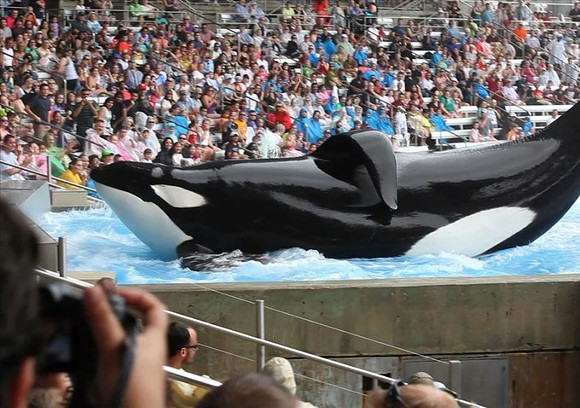 In 2007, while Golding was leading Parques Reunidos, they purchased Palace Entertainment, a fledgling American amusement operator with a handful of small, hyper-local amusement parks and family entertainment centers. Back then Palace was less than a decade old and had Parques was coming in as the third owner of the company. In the years following the buyout, Parques went on a buying spree adding well-known assets like Pennsylvania’s Dutch Wonderland, the historic Miami Seaquarium, and Noah’s Ark Water Park in Wisconsin Dells. Today Palace owns multiple smaller U.S. parks including Kennywood, New Hampshire’s Story Land, Lake Compounce, Idlewild, and Castle Park in Riverside, California. Throughout 2019, Kleiman shared his ongoing findings on his personal blog and on Facebook. In June, there was enough for a 1,700 word expose where Kleiman slowly uncovered each of the moving pieces of the plan. Based on that and other related reporting, the unannounced plan by Hill Path looked to involve Parques Reunidos either spinning off its North American operations, with SeaWorld purchasing them, or buying SeaWorld and merging the two. This wasn’t the first time rumors of Parques Reunidos’ being interested in SeaWorld. In 2017, Bloomberg reported that the company was eyeing SeaWorld, who at the time was still in the midst of their post-Blackfish recovery with new CEO Joel Manby making drastic changes, many of which have since proven successful.

The SeaWorld board's hands-on approach may result in even more uncertainty, thanks to the loss of leadership over the past two years. tweet this
At the same time as Hill Path’s supposed plan was beginning to be uncovered, a voluntary takeover was in the works for Parques Reunidos. Swiss-based global investment firm EQT joined with two shareholders who represented just over 44 percent of Parques holdings to form a new company, Piolin BidCo. In late April, the three companies, via Piolin BidCo, announced a voluntary tender offer for 100 percent of Parques Reunidos. Piolin BidcCo then acquired 15.58 percent  more of Parques Reunidos, immediately making it the largest shareholder with a nearly 60 percent share of the company. Soon another nearly 27 percent of shareholders had signed off on the offer. By December 12, Parques Reunidos was fully delisted and wholly-owned by Piolin BidCo. Now with Golding’s influence on Parques Reunidos stunted thanks to the takeover, the grand scheme that Hill Path was rumored to be orchestrating seems far from happening. Instead, the rough conditions at SeaWorld have employees talking about unionizing and Palace scooped up Reilly who earlier this month confirmed his new position as Chief Operating Officer for the California based company. With some of Palace’s holdings rumored to be far from profitable and with the company facing its own animal care criticism, Reilly will have a rough, though familiar, future ahead of him but now at a company where his expertise will likely be far more appreciated. It may be some time before Reilly’s true impact at Palace is understood. In an interview in August, former SeaWorld Joel Manby questioned the hands-on approach by SeaWorld’s board of directors. “The numbers were coming back. Unfortunately, we had a bad 2017. 90 percent of it could be attributed directly to hurricanes but I needed ’17, personally, to go up and it went down. And I think the board made a decision, ‘you know probably going to have to make a change.’ Yet, on my last day of work, we were up 12 percent, California was up 50 percent. So, I think if I had been given a little bit more time, the numbers came back very quickly…I feel good about what I did there.” With Manby pointing the board stymieing his rebound of the company followed by the next CEO directly calling out the board in his resignation, the question remains if new CEO Sergio Rivera will be able to find a board that will trust him. It’s clear SeaWorld must prove to shareholders that it can hold onto a CEO and trust the few leaders who remain at the company. As Rick Munarriz of The Motley Fool put it, “The chain is going through captains like Spinal Tap goes through drummers.”

But it’s not just the shareholders that SeaWorld has to now worry about. The hands-on approach that the board has been taking at SeaWorld may result in an even more uncertain future, thanks to the loss of leadership that has occurred over the past two years. In one swift move, even with its questionable holdings like the struggling marine park in Hawaii, where dozens were laid off earlier this year, Palace has shown its serious about insuring a portfolio of increasing profitability. EQT and the new Parques Reunidos CEO seem to be charting their own course with no consideration for what Hill Path might’ve been cooking up. With the deep pockets of EQT, via Piolin BidCo, now potentially accessible for Parques Reunidos, there’s no telling what it or Palace may soon be able to afford or do. Not only does that include potential significant new competition for SeaWorld, but it may even include Parques Reunidos dusting off those 2017 SeaWorld takeover plans – and this time the SeaWorld shareholders may not be so apt to listen to the board of directors or the company’s largest shareholder.

If that should happen, at least Parques Reunidos will have a large pool of proven leaders from which to hire. Stay on top of Orlando news and views. Sign up for our weekly Headlines newsletter.