The best, worst and most notable happenings of the 2019 Orlando music scene

Jen Cray Hannah Harber and Thomas Wynn at the Circle

Just in time to jingle your bells, it’s This Little Underground’s annual Undie Awards for the year’s superlatives in the Orlando music scene!


Best venue reboot: Will’s Pub
While the Will’s Pub complex is in a constant state of tweak, the main music venue itself underwent a complete spatial reshuffle that moved the bar up to the front room right by the live action. Now both traffic and booze flow much easier.

Best stage makeover: Soundbar
The former Backbooth space took another major step into its own with a total stage overhaul that doubled its size with new sound and lighting. And the viewing results are dramatic. Look for even more significant club upgrades in 2020.

Biggest local losses: DJ D-Xtreme, Bobby Clock and Marko Saljanin
2019 took three defining forces from the Orlando scene. D-Xtreme was one of the most important DJs from the city’s globe-dominating 1990s dance-music heyday, Bobby Clock was a rising young prince of Orlando’s freak-rock scene and Marko Saljanin was the patriarch of downtown nightlife cornerstone Planet Pizza. All are dearly missed.

Best tribute show: Danny Feedback as Bobby Clock
This year, locals took on the great works of the Stooges, Joy Division and the Cars. But the most moving tribute was to one of our own when Danny Feedback turned his own, long-planned album release show into one for Bobby Clock’s final record, which Feedback completed and gave out at the show to honor his late friend.

Biggest diss: Peter Murphy
For his Bauhaus 40th anniversary tour, the vampire king jilted Orlando not once but twice. And both times were at the very altar of the venue after the opening acts played. The first time was a shock. The second time just felt like a middle finger. Which leads us to the next world-righting honor … 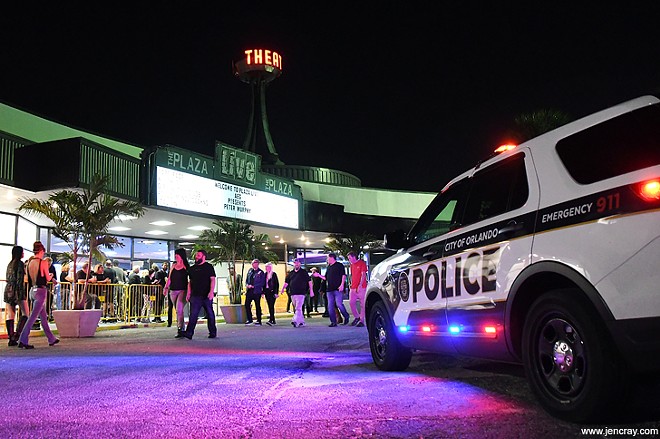 Best rescue: David J
After the second cancellation was announced, the conscience of Murphy’s Bauhaus bandmate David J just couldn’t allow the shell-shocked audience to leave with nothing yet again. So he rallied the rest of the band and the openers to deliver some sort of show even though refunds were already promised. The performance was makeshift but the gesture was honor under pressure.

Most pedigree in one room: Rafael Cepeda’s family at CityArts
What was simply billed as a night of Afro-Puerto Rican rhythms at the In-Between Series turned out to be a live display of dance and music by a troupe stocked with direct descendants of the “Patriarch of the Bomba and Plena” himself. A revelation and an honor. 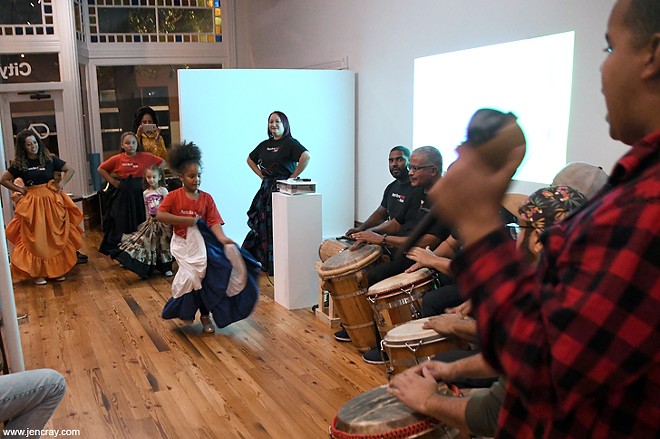 Ballsiest booking: Demonfuck at Melrose in the Mix
The downtown library’s excellent live taping series Melrose in the Mix actually started to expand to national touring names this year like Seattle alt-rap star Onry Ozzborn. But it was their booking of extreme – and extremely profane – Orlando metal band Demonfuck that showed both major stones and legit respect for expressive freedom. Bravo.

Best soul window: The Circle with Thomas Wynn
This weekly stand hosted by Southern-rock savior Thomas Wynn at the New Standard showcases a constantly new lineup of handpicked Floridian songwriters through their direct influences via self-chosen cover songs. It’s a revealing and entertaining look at some top homegrown talent.

Best songwriter spotlight: Duets
Like the Circle, this Terri Binion concept gives not just spotlight but fresh looks at eminent area songwriters with its collaborative format. Duets, however, is an expressly controlled listening-room experience that respects the performers with focus like few local concerts do. And it yields very special results for audience and artist alike.

Best downtown live revival: Norsekorea shows at Sly Fox
The grungy shows at Bar-BQ-Bar were beloved as up-close, raw and cheap downtown affairs that skewed both local and underground. Now, right across the street, Orlando indie promoter Norsekorea brings back that vibe with live bands every third Monday of the month for free.