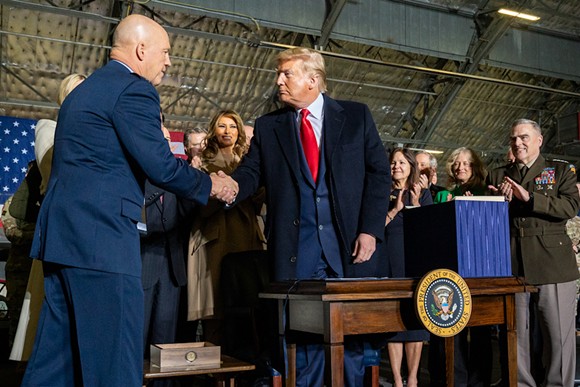 Florida hasn’t given up on landing the command center for the nation’s newest military branch, Space Force.

Dale Ketcham, Space Florida’s vice president of government and external relations, said Florida is “still competing” for the headquarters for the new branch, which will have an initial job of protecting satellites and other hardware already in space.

But the Schriever facility is not considered the permanent location for the headquarters.

“California, Alabama are in the mix. Florida is still competing. Louisiana, Virginia, Texas and some other are hoping to land this,” Ketcham said during an interview Saturday on Fox News. “The important thing is, where is the best place to put it for the long-term national interest.”

Gov. Ron DeSantis this year has pitched Trump on Florida for the Space Force command. He has tied the new branch with the space industry around Cape Canaveral, which has seen a slow resurgence as private companies – spurred by a space race among billionaires – look to reduce costs by manufacturing launch vehicles close to the launch pads. 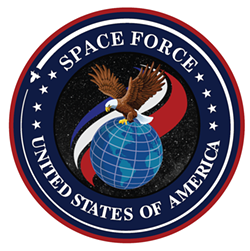 “Well, we definitely think it ought to be Florida,” Ketcham said of the location of the Space Force command. “That’s primarily, if for no other reason, we’ve got a lot of capability, as much as anybody. But the important thing is the commercial marketplace is bringing such agility and responsiveness to our national security, and nowhere is that commercial space marketplace growing more so than in Florida. That will enable us in the long run to access and take advantage of the private sector more so than anywhere else.”

For the states competing for the command headquarters, the potential benefits include jobs and a boost to the local economy.

Space Force is expected to move from within the Department of the Air Force to having its own representation on the Joint Chiefs of Staff on Oct. 1, when a five-year phase in begins.

Trump has asked Congress for $8 billion during the phase-in period.

While uniforms and logos must still be worked out, about 16,000 U.S. Air Force active-duty and civilian personnel are being assigned to the new branch, which will take over existing space-related missions from the Air Force, Army and Navy.

The Air Force is expected to transfer about $11 billion in space-related programs to Space Force in 2021.