SeaWorld Orlando is ending its theatrical orca shows, but they still have a long road ahead

With a new CEO at the helm, SeaWorld looks to be back on track with previously announced plans to phase out entertainment-driven animal shows. Its orca show, "One Ocean," is retiring at the end of December in both Orlando and San Antonio.

During the heat of SeaWorld's rough seas, former CEO Joel Manby made a splash in 2016 by announcing the end of orca breeding, and plans to phase out its theatrical orca shows. A year later, "Orca Encounter" debuted in San Diego in a newly remodeled orca theater that more closely resembled the natural Pacific Northwest where many orcas are found. The show opened to mixed reviews, but it was clear that this would be the future of the parks. 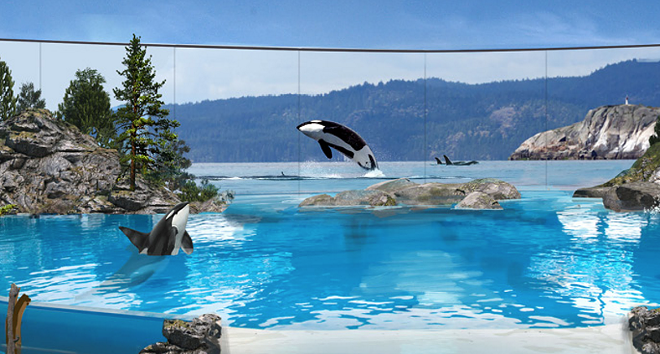 Less than a year after the new show debuted, controversial CEO Joel Manby was out. Since then, the company has seen a revolving door of CEOs, with the most recent one, Sergio Rivera, coming aboard in November.

In the two and a half years since "Orca Encounter" debuted in San Diego, the company has been silent on what the future holds for its other two SeaWorld parks. But now with a new CEO in place, the plans to roll out the more educational presentations are now moving forward. An updated version of "Orca Encounter" will debut in Orlando on Jan. 1. In San Antonio, "One Ocean" will close Dec. 31 and "Orca Encounter" will debut when the park reopens in late February. Through Jan. 5, while the park wraps up its holiday openings, the short educational presentation "Killer Whales Up Close" will remain in the rotation, giving guests an opportunity to see the orcas.

Nearly four decades ago, the company pledged not to receive any wild-caught orcas. tweet this
For now, the stadium enhancements that San Diego saw won’t happen in Orlando, where the new show will debut less than 24 hours after the final "One Ocean" show. It’s expected that the Orlando and San Antonio shows will feature much of the same video content as the San Diego show, which focuses on orca biology and characteristics. Gone are the big musical numbers, emotional storyline, and trainers dancing to music. Instead, the orcas explore the tank as trainers talk about them. In between videos, trainers display many of the same tricks as the current show features, but now the tricks are presented in a more educational format that helps explain how they mimic natural tendencies of the orcas and why they’re necessary to ensure the continued health of the animals.

Dr. Chris Dold, Chief Zoological Officer at SeaWorld Parks explained, "SeaWorld is excited about our new Killer Whale educational presentation, 'Orca Encounter.' Guests will learn about killer whales' role in the ocean ecosystem, behaviors the animals exhibit in the wild, the importance of conservation to their habitat, and animal welfare practices at SeaWorld. This educational presentation reflects our company’s mission to inspire people and protect the animals and wild wonders of our world through education, research, animal rescue and conservation." 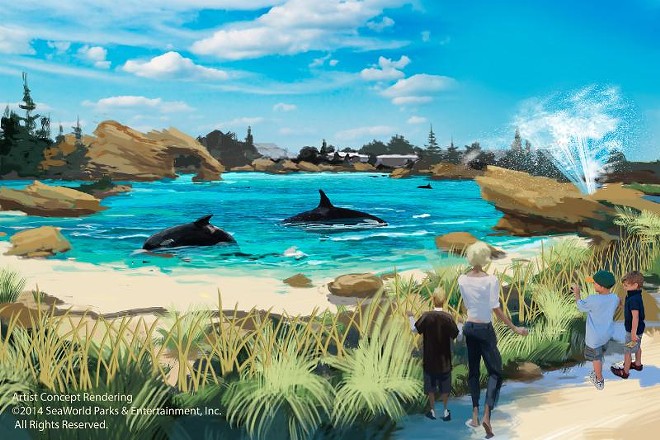 The new show is a bit of a throwback to some of SeaWorld's earlier shows, before the spectacles they're now known for began. When "One Ocean," with its original soundtrack, debuted in 2011, it made history as the first show to remove trainers from the water with the orcas.

A year prior, trainer Dawn Brancheau was killed by an orca during a Dine with Shamu presentation. Surprisingly, both "One Ocean" and San Diego's version of "Orca Encounter" still feature trainers in close proximity to the orcas during the shows, including times where the trainers kiss the killer whales in a slide-out area near the front of the stadium.

While the educational show may appease some critics, SeaWorld still faces decades of criticism due to the use of captive orcas. Of the five orcas currently at SeaWorld Orlando, only one is above the age of 15 years old. Half of San Diego’s ten orcas are 18 years old or younger. Two of San Antonio’s orcas are less than ten years old.

Katina and Corky II are two of the three orcas still in SeaWorld’s care that were wild-caught. Nearly four decades ago, the company pledged not to receive any wild-caught orcas. That pledge, along with the 2016 one to end breeding, means the current 20 orcas in SeaWorld’s care will be the last ones that park, and likely the nation, will see. Online speculation that SeaWorld may introduce another "wow" animal to replace the orcas is also hamstrung by this pledge, since many of the more impressive species of sea life, like whale sharks, have yet to be successful breed in captivity.

The new educational presentations are important, but some have pointed out that valid criticism of the tank size remains. Previous proposals to increase the size of the orca tanks, already some of the largest in the world, and provide "water treadmills" were quietly canceled, but the question remains what SeaWorld plans to do with the orcas in the long term.

Insiders have reported that trainers who work with the orcas are attempting to train the mostly captive breed whales how to catch live bait, which is preferred for multiple physical and mental health reasons. Much like a domesticated dog, the orcas in SeaWorld's care have lost many of their natural tendencies. It’s also unclear how robust their immune systems are. These concerns have meant the theoretical sea pens that some advocate for may not be a possibility. But as animal welfare concerns become more mainstream, many animal facilities with large mammals are struggling to keep up with public expectations.

In recent years, wellbeing concerns for orcas have overshadowed those of many other animals, but there remains an increasing push for improved conditions for other animals, including elephants and dolphins. Some zoos, such as the Central Florida Zoo in Sanford, have phased out elephants altogether, replacing them with smaller, easier to care for animals. Many animal care facilities are also turning to new technology, like virtual reality, to shift how they tell the stories of these crucial species, but an orca-themed VR experience at SeaWorld San Diego received less than optimal reviews. As of now, there has been no indication that SeaWorld will offer the VR experience in Orlando.

Many of the more impressive species of sea life, like whale sharks, have yet to be successful breed in captivity. tweet this
The last significant new animal habitat at SeaWorld Orlando was the Manta aquariums in 2009, with the most recent animal habitat improvement being the Antarctica penguin exhibit in 2013. Since then, the company has focused on bringing non-animal attractions to the park, including the Mako coaster, the Sesame Street Land, and the upcoming Ice Breaker roller coaster. A similar thrill ride reliant growth strategy has been used at all of SeaWorld’s other parks, including Busch Gardens Tampa and the other two SeaWorld-branded parks.

The company has also been quietly phasing out the Shamu branding, with the San Diego Shamu stadium being rebranded when it opened the new "Orca Encounter" show. Across all three SeaWorld parks, Dine with Shamu was

replaced by a more generic Dine with Orcas branding. The Shamu Express kiddie coasters in Orlando and San Antonio were replaced by a Sesame Street theme in early 2019. They were the final Shamu-branded ride, though other references to the park chain’s most famous orca remain.

Despite the shift away from Shamu, orcas remain a paramount part of SeaWorld’s identity. In Orlando, the orca stadium still has a large Shamu Stadium sign and the park has a statue of orcas along its entrance on Central Florida Parkway. Nearby hotels have an orca-themed splash pad and bus stops in the area feature the park’s iconic orca-tail design. Orca plushes are sold in gift shops throughout the tourist corridor and orca whale-tail ornaments hang from Christmas trees at SeaWorld. For the foreseeable future, orcas will remain a part of SeaWorld parks, for better or worse.

After the nearly universal approval of the orca retirement plan laid out by previous CEO Joel Manb in 2016, any backtracking would likely reignite controversies the company has mostly been able to settle. But with the orcas likely to remain around for decades, SeaWorld still has plenty to grapple with, from its past to how it shapes its future. 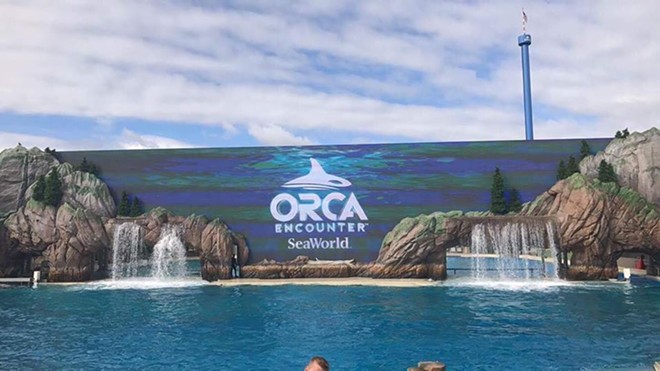