State Rep. Carlos Guillermo Smith was warned at the Vatican for holding hands with his husband 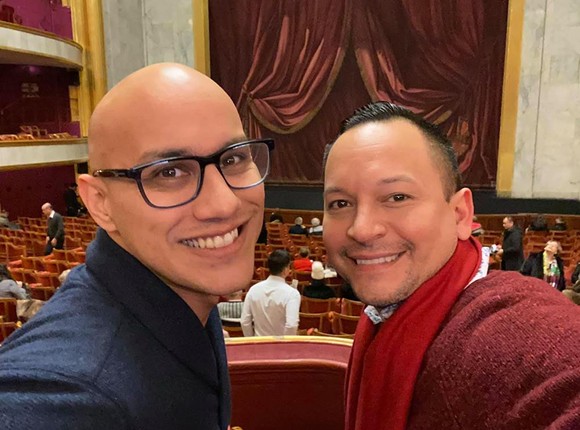 The two were pulled aside, according to a Facebook post by Smith, and warned that their hand-holding could be punished with a fine "or worse."

"It's no secret the Catholic Church has consistently opposed the rights of LGBTQ people, imposed conversion therapy on vulnerable youth and done substantial harm trying to keep us in the shadows," said the House District 49 rep, adding he was "shocked but not surprised."

Established in 1929, the Vatican is its own city-state independent of surrounding Italy. Homosexuality is not illegal, technically, but the city-state still primarily follows the same penal code in place during the 1929 split, which banned homosexuality. That same old code sets the legal age of sexual consent at 12.

Smith, who won and has held HD49 with an aggressively progressive agenda, said the incident was a stark reminder of how much work is left.

"There are places in the world where LGBTQ people are punished simply for existing. Even in the U.S., life can be dangerous, esp. for black trans women who face increasing hate violence and whose average life expectancy is 30-35 in the Americas," said Smith on Facebook. He noted that both he and his husband were raised Catholic, raised in a religion that taught them to see themselves as shameful blemishes of creation.

"We are NOT ashamed – we are PROUD," wrote Smith.
Stay on top of Orlando news and views. Sign up for our weekly Headlines newsletter.