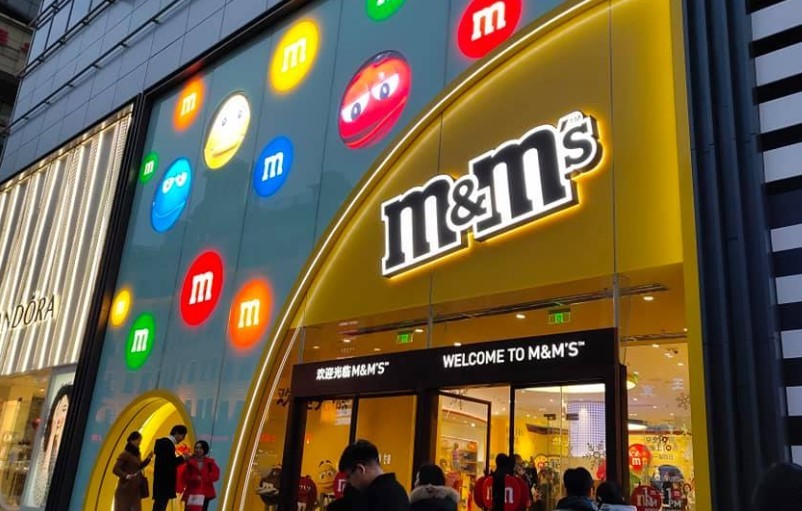 Since the 2015 transformation from Downtown Disney to Disney Springs, the Disney-owned shopping village hasn’t slowed down in its attempt to become the ultimate shopping destination. With more than a million square feet of commercial space, Disney Springs ranks among the largest retail centers in all of Florida. Now, a new store will help cement it as one of the most unique as well.

Among its current offerings are the world’s largest Rainforest Café, the world’s largest Planet Hollywood, the interactive NBA Experience attraction, a Ron Jon Surf Shop, and a restaurant filled with animatronic dinosaurs. There's also a Coca-Cola store with a rooftop soda bar offering Coke beverages from around the world, two Wolfgang Puck restaurants, a restaurant by local celebrity chef duo James and Julie Petrakis, Amphicar tours, The VOID VR attraction, a food truck park, and the flagship World of Disney store – to name just a handful of the offerings found in the 120-acre retail center.

Don't expect Disney to rest on its laurels. With a mountain of new-to-Central Florida offerings, the company is turning their focus on local competition. Much as Disney did in the late 1980s with Pleasure Island, the company now looks to be directly targeting the region's malls and outlet centers, which continue to be a must-visit destination for tourists and locals.

Disney looks to be directly targeting the region's malls and outlet centers. tweet this
While much of Disney Springs received updates up until 2015, the West Side area sat most untouched until 2017, when interactive VR attraction DisneyQuest and Cirque du Soleil’s "La Nouba" show both closed. Since then, the district has seen a ton of activity, with multiple new shops coming in and Jaleo by José Andrés opening earlier this year.

Now, the company behind the M&M World, Mars Retail Group, recently confirmed that they would be closing their signature store at the Florida Mall to open a new state-of-the-art store in Disney Springs’ West Side area. The 16,000-square-foot Florida Mall spot was only the second M&M World location when it opened in 2005.

Now with five locations around the world, the experiential retail flagships are known for their character meet-and-greets, photo ops, and interactive exhibits, along with more M&M merchandise than found anywhere else on Earth.

The move to Disney Springs will see the Orlando flagship decrease in size by about one-third. Combining the spaces from recently closed Fit2Run and Curl by Sammy Duval, the new M&M World Orlando will be slightly over 10,000 square feet. Mars says, however, the smaller store will still be filled with many of the same interactive exhibits and offering one of the chain's "World’s Largest Chocolate Walls," lined with fill-your-own bag style M&Ms of nearly every color and flavor.

In late 2018, the Shanghai M&M World reopened after a significant update, and it gives us some idea of what to expect from the new Disney Springs location. With a more muted color palette accented by bright splashes of M&M inspired colors, the 17,200-square-foot Shanghai store brings the brand out of the late-1990s design that's limited the other four locations.

Bright lighting and a modern, sleek design give the store a Willy Wonka-meets-Apple aesthetic. The Shanghai store still has most of the exhibits that other locations – including the Florida Mall one – have, such as the "Mood Analyzer" that "scans" guests to match them with their personalized M&M avatar, a printer where guests can create and print personalized M&Ms, and unique local merchandise specific to each location. 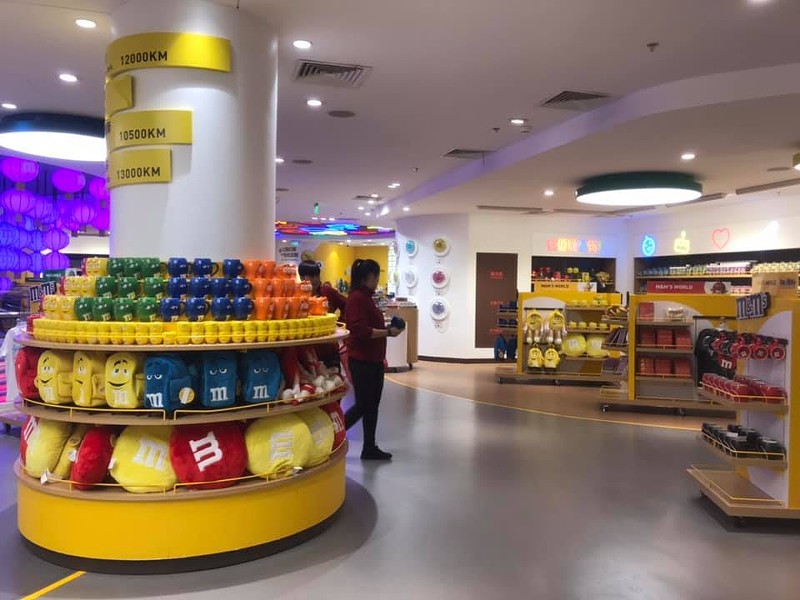 Coke has seen success with their Disney Springs location, where the Coca-Cola polar bear meets guests, and where lines regularly stretch around the store whenever new merchandise is unveiled.

M&M World will be part of a larger refocus on West Side in 2020. Next door to the M&M World spot is the recently opened NBA Experience that shares a building with the soon-to-open City Works restaurant.

Cirque du Soleil is also planning to debut a new show, "Drawn to Life," and Chicago-based Lettuce Entertain You will unveil an updated version of their fast-casual concept Beatrix in the plot where Bongo’s was formerly located. The M&M World at Disney Springs will open in 2020, with the Florida Mall location closing sometime sooner. 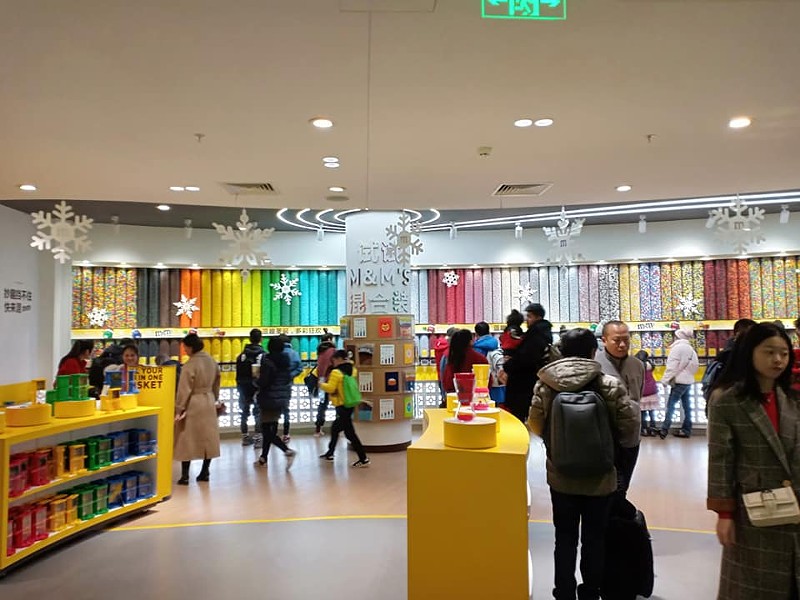