What does Florida's population explosion mean for our state's power in Congress? 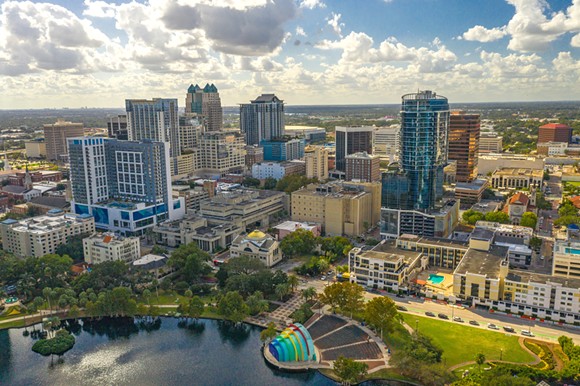 With three months until “Census Day,” Florida has an outside chance to do better than previously analyzed.

With 21.48 million Floridians estimated by the U.S. Census Bureau on Monday, the Sunshine State is already expected to see an increase in federal funding and political clout in the coming years because of its growing population. Florida jumped New York several years ago to become the third most-populous state and appears safely in line to see its U.S. House delegation get bumped from 27 members to 29 members after the 2020 Census.

The chances of Florida picking up a third new congressional seat are slim, but they have improved, according to the Virginia-based political consulting firm Election Data Services, known as EDS.

With the latest annual population estimates, the firm, which analyzes census and political data, estimates Florida is 172,169 people away from a third additional seat.

A large number, but a year ago Florida was 366,735 people away from a third new seat, per EDS’ calculations.

EDS said the change resulted, in part, from hurricanes, particularly Hurricane Maria, which devastated Puerto Rico in 2017 and led people to move from the island to Florida.

Overall, Florida’s nearly 640-person-a-day growth during the past year was second only to Texas, and its growth rate was ninth-highest in the country.

Every 10 years, the distribution of congressional seats across the country is tweaked based on population changes, with some states gaining seats, others losing and many remaining the same. The 2020 Census will be conducted this spring, with April 1 observed as Census Day —- the day on which the new numbers will be based.

Florida is about 172,169 people away from a third additional Congressional seat. A year ago, it was 366,735 people. tweet this
Another issue that EDS pointed out is that it remains to be seen how involved Florida will be in the head count.

EDS noted that Texas and Florida have not appropriated funds for what are known as “Complete Count” efforts aimed at getting people to respond to the Census.

“Thus, the two largest gaining states in number of seats are those that didn’t spend their own money to help the counting process,” a news release from EDS said.

“We are now at a place where the rubber meets the road,” EDS President Kimball Brace said in a statement. “How well does the Census Bureau and the Trump administration put on the greatest mobilization of government resources outside of war time? How well will the public respond and answer the Census, given the competing focuses of everyday life and the need to utilize the internet? Will the fear of foreign intervention also impact the census?”

The Tallahassee-based group Florida TaxWatch has been highlighting the need for participation in the Census, warning that “if Florida is under-represented by the count, it could cost the state millions, or even billions, of dollars.”

Two Democratic state lawmakers, Sen. Bobby Powell of West Palm Beach and Rep. Anika Omphroy of Lauderdale Lakes, have filed a proposal (SB 614 and HB 475) to set up a committee to encourage participation in the Census. The proposal is filed for the 2020 legislative session, which starts Jan. 14, but a similar effort failed to advance during the 2019 session.

The new congressional seats will take effect with the 2022 election cycle, after Florida reapportions its congressional and legislative districts.

EDS anticipates 10 seats to change hands over 17 states when the Census count is tabulated.

Right now, single seats would be picked up by Arizona, Colorado, Montana, North Carolina, and Oregon, with Florida getting two and Texas three.

Every other state would remain where they were after the 2010 Census.