Band of the Week: Chalet Girl 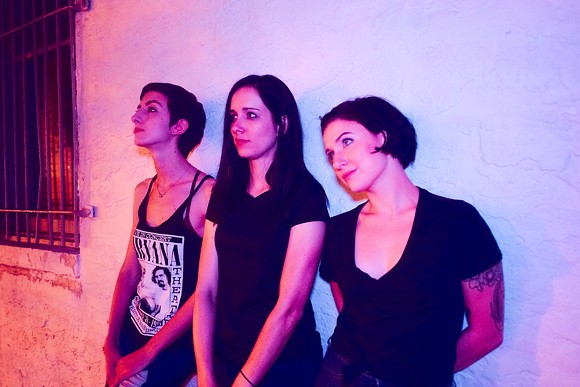 Welcome to Orlando Weekly's "Band of the Week." Every week, we highlight one of our favorite local bands. This week, we're pleased to bring you Chalet Girl.

Chalet Girl is playing the Final Punk on the Patio on Tuesday, Jan. 7 with Flashlights, Like Father, and No Handouts.

When did the band form?
Lili and I (Cat) started playing music together back in January of 2018. Later in the year, probably about August, we brought Kaylie on board, and we played our first show the following December.

Currently available releases:
We currently don't have anything released, but we just finished recording our first single with Mason Krüg at Studio Krüg, and we have a live session with Young At Heart Production due to be released any day now.

What has been your most memorable show so far?
Honestly, our first show at Will's Pub in January 2019 was pretty memorable. We had a pretty amazing crowd for being completely new, and it was so wonderfully overwhelming. We also played a Halloween show this past October where we all dressed up as characters from Adventure Time and covered the theme song from the show, so that was pretty rad.

Which local band is your favorite one to play a show with?
We love everyone we've played with, but in terms of frequency, we definitely play with Like Father and Flagman quite a bit. They are some of the sweetest, funniest boys you will ever meet, and they're all so ridiculously talented.

What description gets used for your band that you would most like to correct people on? Why?
It's pronounced "shall-aye" not "shallot." It's French. The "t" is silent.

Any big news to share?
Things to come:
- Our first single we're hoping to release in early March of 2020
- A four-song live session with Young At Heart Production due to be released very soon!

The Heard band of the week chalet girl