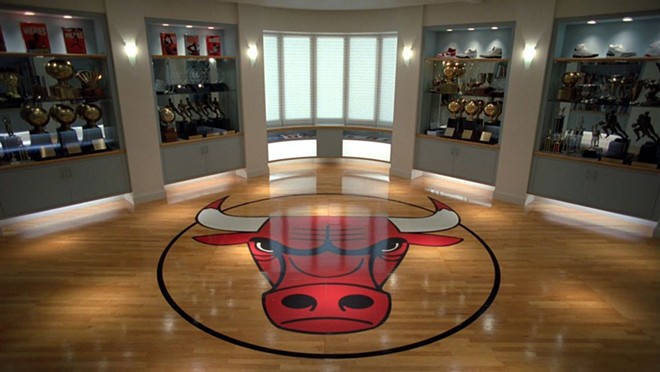 Michael Jordan, that guy who came to the City Beautiful to have his butt handed to him in 1995 by Svelte Shaq and the Magic – and who went on to be the greatest basketball player ever and sell billions of dollars worth of apparel, or whatever – has a store coming downtown Orlando.

The Trophy Room, a specialty retailer owned by Jordan's son, Marcus Jordan, is expected to move into a 1,500 square foot location on the ground floor of the Modera Central luxury apartment tower on Rosalind Avenue, reports Orlando Business Journal.

Though His Airness couldn't push Penny, Nick Anderson and company to seven games the last time he was in DonwtownDo, he's hoping his store can score big with local and tourist shoppers in the city's business center, after closing their store at Disney Springs in May.

The boutique store will have premium Jordan brand shoes and gear but also feature a mini-attraction – a glimpse into the life of the athlete, into the intimate confines of his trophy room, curated by his son.

It probably won't have images of Jordan getting posterized by Shaq in a Magic jersey, so here ya go:
Stay on top of Orlando news and views. Sign up for our weekly Headlines newsletter.