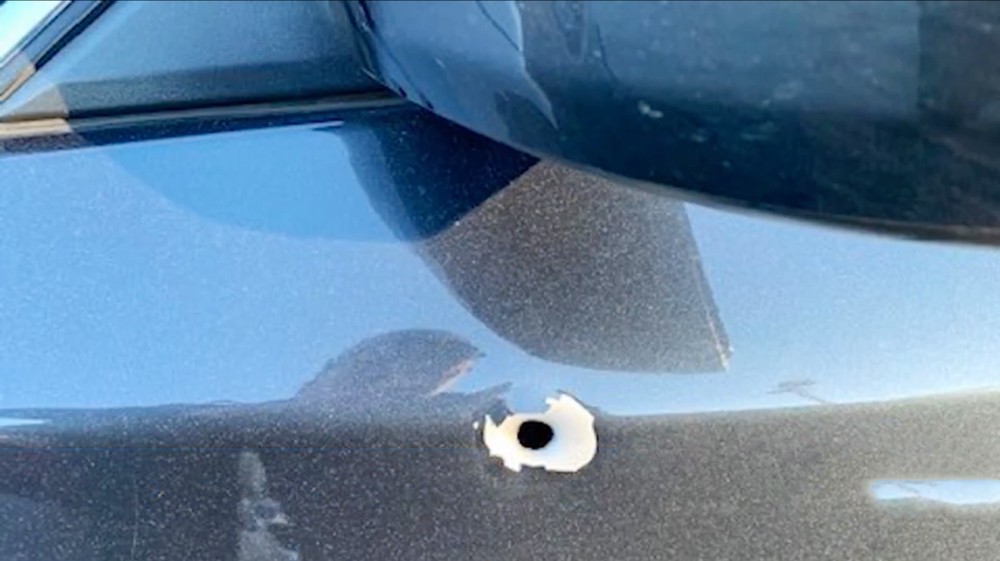 Four cars driving on I-4 near the Orange-Osceola county line were struck by gunfire around 5 a.m. Monday, say Orange County Sheriff’s Office deputies. There were no injuries.

Officials think the shooter was in a car headed westbound but have no idea why they were shooting into traffic.

"We don't know the motive yet. We're working on that. It's very early in the investigation," Maj. Jacob Ruiz told WESH 2. A photo shows a bullet hole in a car door just below the driver-side mirror.

The mysterious shooting comes days after someone shooting BBs or pellets opened fire on random cars driving on I-4 and I-95 near the Seminole-Volusia county line. There were no injuries then either – just more frightened drivers, damage to windows and cars, and more unknown motives.